Over the weekend a game designer called Manveer Heir appeared on a show hosted by Waypoint, detailing his work for Electronic Arts (EA) at Bioware Montreal and delving deeper into the company's mindset when it comes to creating new games and monetizing them.

This interview was conducted shortly after EA announced that they would be closing Visceral Games and change the direction that they will be taking with the Star Wars game that the company was developing, attributing these changes to "fundamental shifts in the marketplace".

It's definitely a thing inside of EA, they are generally pushing for more open-world games. And the reason is you can monetise them better. The words in there that were used are 'have them come back again and again'. Why do you care about that at EA? The reason you care about that is because microtransactions: buying card packs in the Mass Effect games, the multiplayer. It's the same reason we added card packs to Mass Effect 3: how do you get people to keep coming back to a thing instead of 'just' playing for 60 to 100 hours?

The problem is that we've scaled up our budgets to $100m+ and we haven't actually made a space for good linear single-player games that are under that. But why can't we have both? Why does it have to be one or the other? And the reason is that EA and those big publishers in general only care about the highest return on investment. They don't actually care about what the players want, they care about what the players will pay for.

Heir later goes on to say that the success of Mass Effect 3's Multiplayer mode was a driving factor that moved EA in this direction, stating that the game's "card packs" sold well and provided EA with a repeatable income. This is likely the reason why EA worked on Mass Effect: Andromeda's multiplayer experience long after the development of the game's single-player component ceased, as it promised more revenue.

The success of Mass Effect 3's multiplayer drove other traditionally single player only games to adopt a similar multiplayer mode, with Bioware's Dragon Age Inquisition being a prime example of this. Heir also states that he has seen people spend $15,000 on microtransactions in these games, which is the same amount of revenue as the sale of 250 $60 games.

You need to understand the amount of money that's at play with microtransactions. I'm not allowed to say the number but I can tell you that when Mass Effect 3 multiplayer came out, those card packs we were selling, the amount of money we made just off those card packs was so significant that's the reason Dragon Age has multiplayer, that's the reason other EA products started getting multiplayer that hadn't really had them before, because we nailed it and brought in a ton of money. It's repeatable income versus one-time income.I've seen people literally spend $15,000 on Mass Effect multiplayer cards. 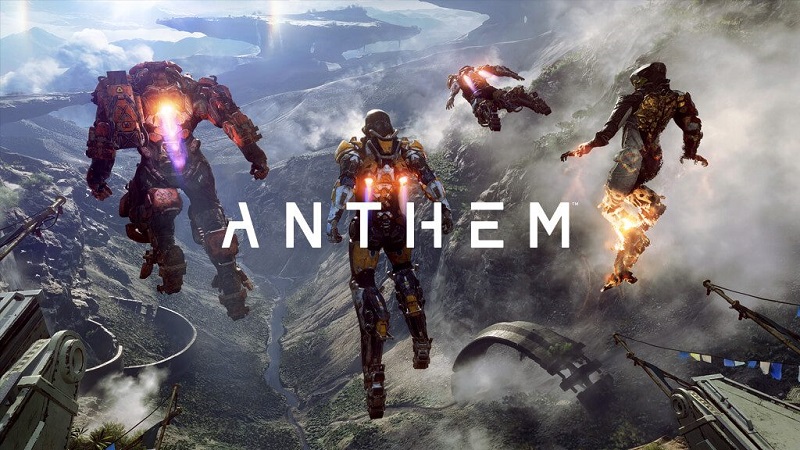 What many people will see here is that EA is simply chasing money, creating games that offer the most opportunity for monetisation that suit the largest playerbase possible. In their Visceral announcement, EA's vice president Patrick Soderlund stated that they wanted Visceral's Star Wars game to "be a broader experience that allows for more variety and player agency" which is a big move for a Star Wars game that was said to be a single player only experience.

Earlier this year Bioware revealed their next big AAA game, Anthem, a game that looks a lot more like Destiny than any of the single-player focused RPGs that the studio is famous for. Heir even went as far as saying that single-player AAA games from EA are "dead for the time being".

Right, [He said regarding Anthem] It's not a traditional-looking BioWare game, right? If that's what you're seeing from a place like BioWare, owned by EA, a place where I worked for seven years; if that's what you're seeing from Visceral now closing and going to this other Vancouver studio; what it means is that the linear single-player triple-A game at EA is dead for the time being.

From the sounds of it, EA is happy to continue moving in the direction of microtransactions, which means that gamers should be prepared to see more multiplayer games and a lesser focus on narratively driven single-player experiences.

We have seen in recent history that lower budget single player games can be very successful, with Hellblade acting as a huge example here, though it seems like publishers will continue to drive games in the direction that leads to the bank, rather than in a direction that offers a more meaningful experience.

You can join the discussion on EA's monetisation practices on the OC3D Forums.

NeverBackDown
Just confirming what we've known for a while.

Won't be buying pretty much anything from EA. Only multiplayer games with a half a***** single player game is a no go. Ubisoft used to be how EA was. Now at least they are okay.Quote

Bartacus
As someone who only plays single player games, this depresses the poop out of me.

Daiyus
Quote:
It's been concerning me for some time. It's one of the reasons I expect my current hardware to last until it actually dies because I can't see many AAA games coming out in the future that I'll actually want to buy and therefore need to upgrade for. The whole market is too multi-player and social interaction focused.

There's still a massive back-catalog of games for me to play though so I'll be good for a few years for content. Once that runs out, well, I'll have to see if there's still life in the gaming hobby or if I'll have to find a new one.Quote

TheF34RChannel
The fact remains that an individual can decide whether or not to spend money. I'm no fan of it either - far from it.

I agree with the above poster that games are too mp and social focused, and at heart I'm a sp. Makes me wonder about anthem...Quote

tolagarf
Quote:
Anthem is gonna be a cash cow. Can't see why it wouldn't be.Quote
Reply