For Honor is available to play for free this weekend

Check out the latest additions to For Honor for free

Between July 23rd and 26th, Ubisoft's medieval melee combat sim For Honor will be available to play for free on Xbox One, PlayStation 4 and PC, with the PC version being free-to-play through Uplay, Steam and the Epic Games Store.

During this free weekend, For Honor will be available with sale prices that are up to 80% off on all platforms, allowing gamers to carry through in-game progressions to the full game if they purchase it on the same console/PC platform.

In For Honor, gamers can choose to play as warriors which include Knights, Samurai, Vikings and Wu Lin across several game modes and battlefield types. Recent updates to For Honor include a rework of the Centurion class and several major balance changes.

The free weekend kicks off at 7.01 AM UTC on July 23 for PS4* and Xbox One; at 1pm UTC AM PDT on PC via Uplay and the Epic Games Store; and at 7pm UTC via Steam. (Pre-load is also available on some platforms; PS4 players can start pre-loading at 7am UTC for Europe and 2am UTC Asia* on Tuesday, July 21, while PC players on Uplay and Epic can start the download at 4pm UTC). PS4 and Xbox One players have until 6.59am UTC on July 27 to try everything included in the Standard Edition of For Honor, including the campaign and multiplayer modes, while PC players can keep battling until 8pm UTC on July 27.

If you decide you want to keep your momentum going after the free weekend is over, For Honor will be on sale for up to 80% off during the free period, and any progress you make will carry over to the full version should you decide to purchase it. 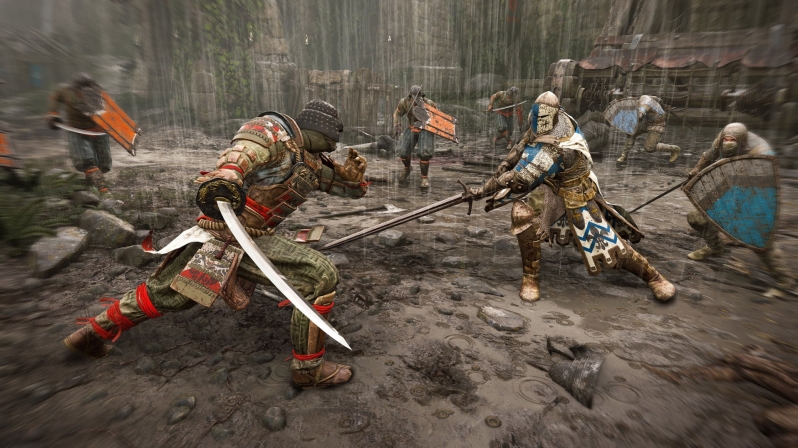 You can join the discussion on For Honor being available to play for free on the OC3D Forums.