Fallout 76 will have limits on PVP to prevent harassment

The game will include PvP protections for low-level players

Fallout 76 will have limits on PVP to prevent harassment

Bethesda's Todd Howard has stated that Fallout 76 will include fast travel and prevent players under level 5 from being killed in PvP, stopping high-level players from bullying newcomers.

This information comes from the Italian publication multiplayer.it, who has also stated that killing other players in combat has little to no reward in-game, giving malicious players no benefits for their actions.

Right now it is unknown how combat is initiated between players, with Pete Hines stating to Variety that “It’s more like a challenge to another player,” making it unclear whether or not a surprise attack is possible in-game. If all combat required concent, there would be no reason to give low-level players immunity, mudding the waters further.

During his interview with multiplayer.it, Todd Howard stated that the PvP features of Fallout 76 could be changed before the game is released. We can be sure that Bethesda is working to address these concerns, especially after the release of the Fallout 4-76 mod for Fallout 4. 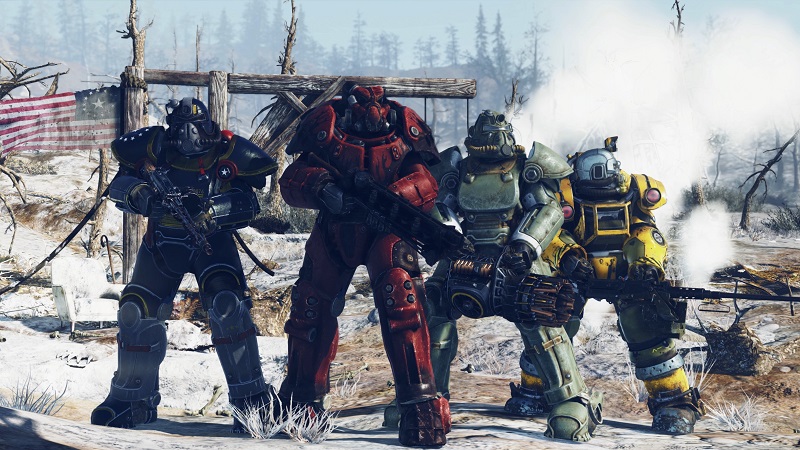 Judging from Fallout 76's previously released trailers, the game appears to focus on co-operative play instead of PvP madness, though the game will also offer a "Solo" option for those who want to ignore the game's online elements entirely. Even in "Solo" mode, Fallout 76 will be an online-only game, featuring no offline mode and no modding potential (mods and online play don't mix well).

Fallout 76 will not feature any ridable mounts of vehicles, making the game's confirmed fast-travel system great news for gamers, especially given the game's scale. The map for Fallout 76 is said to be four times larger than Fallout 4, making the lack of mounts somewhat annoying. Fast-travel should work a lot like previous Fallout games, though the ability for other players to teleport to a new location at a moment's notice will be a strange thing to look at online.

Bethesda has to clarify a lot of things before Fallout 76's official release on November 14th, though a lot of this should become available when the game's beta period starts, if not before.

You can join the discussion on Fallout 76's PVP limits on the OC3D Forums.

AlienALX
Private servers, with a G.E.C.K to create your own.

Warchild
It's already looking to me like it will break the immersion of desolation.

World gone to hell, millions dead, but look we have 2000 people running around shooting up S**t in one building.