Will these changes help sales, or is it too late for Fallout 76?

Fallout 76 patch 1.0.3.10 has landed on PC, bringing with it a wide range of improvements, many of which also apply to PS4 and Xbox One. For starters, SPECIAL Re-Speccing is now an option at level 51 or over, enabling further character customisation.

On PC we see several feature upgrades, many of which are considered essential for a AAA video game, especially for first-person action games. Now PC gamers have access to Feild of View and Depth of Field options as well as support for ultra-wide 21:9 screen resolutions. Push-to-talk is now an option for PC voice chat, allowing PC players to decide when they speak and when to remain silent.

Fallout 76's new Field of View slider will enable FOV options between 70 and 120 with increments of 5 degrees. The game's Field of View will be locked to 70 when modifying your character's appearance.

On top of these feature upgrades also comes a range of performance and stability improvements, addressing a variety of issues that cover all platforms. 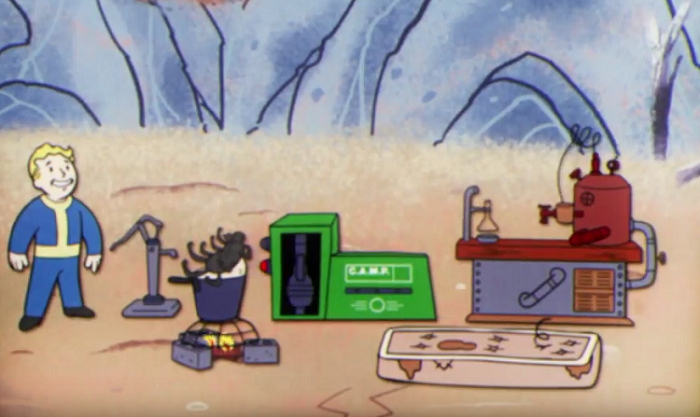 The full patch notes for Fallout 76's PC patch 1.0.3.10 are available to read on the Bethesda website.

You can join the discussion on Fallout 76's PC feature update on the OC3D Forums.

AngryGoldfish
I've heard the file size is as big as the original download.Quote

Dicehunter
Quote:
Total download size for the patch was just under 2GB.Quote

AngryGoldfish
Quote:
It was one of those funny meme videos hating on the game and was on console so it probably wasn't true/was only applicable to console.Quote

Dicehunter
Quote:
The console patch size was just under 5GB, The download being the same size as the game happened during the beta, No clue how or why though