Fall of the Samurai is becoming a Total War: Saga game - Free DLC for all existing owners

Fall of the Samurai is becoming a Total War: Saga game - Free DLC for all existing owners

The Creative Assembly has announced that Total War: Shogun II - Fall of the Samurai is joining the Total War Saga family, transitioning the game from being a standalone DLC to become a part of Total War's Saga brand.

Total War Sagas are smaller, more refined Total War experiences, games which are focused on specific timeframes and battles, rather than longer historical eras. Fall of the Samurai acted as the template for the Total War Saga brand, and now the game is becoming an official Total War Saga title.

So what does this mean for gamers? For starters, this means that all existing owners of Fall of the Samurai will receive all of the game's DLC for free. The only exception fo this free DLC offer is the game's Blood Pack, with the game's Tsu, Obama, Saga and Sendai packs becoming free add-ons for the game.

Newcomers to the Total War franchise will be able to purchase Total War Saga: Fall of the Samurai for £6.24 until August 19th, giving the game a 75% discount on Steam.

The Creative Assembly is generating hype around its Total War Saga brand, a move which suggests that the official reveal of a new Total War Saga title is imminent. 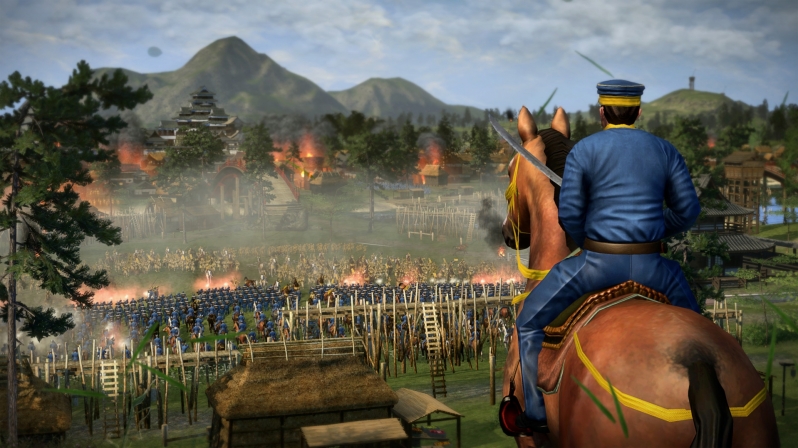 You can join the discussion on Total War: Fall of the Samurai becoming a Total War Saga title on the OC3D Forums.

demonking
Quote:
Fully with you on this one loved it and still go back to this one every now and then. If you like TW this one is very unlikely to disappointQuote

NeverBackDown
FotS was my first ever TW game. LOVED IT. It was a solid game. I even played it during my Rome 2 days as it was more stable.

Funny enough I can no longer see it in my steam library, it's now listed under the original Shogun 2, but can still be searched via the store?Quote

demonking
Quote:
I never owned the original and got this one in as part of a humble deal. This has always been the case for me and confused me as i thought i had been given the full game not the standalone part.Quote

NeverBackDown
Oh ok thank you. It has been a while so I assume I forgot, just could have sworn that it was a different entry in the library.Quote
Reply