Facebook is entering the cryptocurrency market with a new digital currency called Libra, which will be accessible through Facebook's Calibra digital wallet. Libra is a blockchain solution which is designed to act as a currency in today's global digital world, with Facebook planning to make the currency available through Facebook Messenger, Whatsapp and as a standalone application.

The currency will be controlled by Calibra, a new subsidiary of Facebook, which plans to launch their cryptocurrency in 2020 using the power of blockchain.

If all goes to plan, Facebook will be able to enable everyone with an internet connection the ability to access a number of useful services at a low cost and send money to their friends, loved ones and businesses with ease.

From the start, Facebook wants Calibra to work for anyone with a smartphone, giving them access to their funds as instantly as one would send a text message, and at no cost. In the future, Facebook would like to extend this functionality to offer users the ability to pay bills, buy coffee or utilise public transport.

The image below is a concept of Facebook's planned Calibra app. 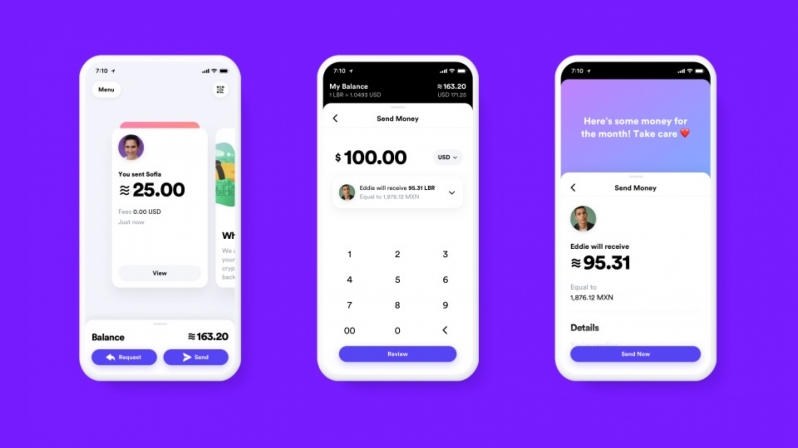 Calibra is currently in its early development stages, but in the future Facebook wants their platform to be as secure and stable as that of major credit card providers, and to do so Facebook plans to consult a wide range of experts to help ensure that their services are safe, private and easy to use.

At this early stage, Facebook has confirmed that account information and financial data will be shared with Facebook or with private companies without customer consent and that the service will not be used to improve Facebook's ad-targeting.

Full details for Libra and Calibra are unknown at this time, but Facebook is likely to release more information as the product develops.

You can join the discussion on Facebook's Libra Digital Currency and Calibra app on the OC3D Forums.

MiNo
"At this early stage, Facebook has confirmed that account information and financial data will be shared with Facebook or with private companies without customer consent and that the service will not be used to improve Facebook's ad-targeting."

You would think there is a 'not' missing, but most likely it is ... not.Quote

WYP
Quote:
My guess is that "consent" is given in the terms and conditions of their app.Quote

NeverBackDown
Isn't half the appeal is you can't be tracked? This defeats the whole purpose...Quote