DLSS is a Deep Learning technology from Nvidia that utilises the company's Tensor cores, a Geforce RTX AI processor, to boost framerates by upscaling lower-resolution renders to deliver higher framerate experiences without a dip in overall image quality.

With DLSS, Nvidia is able to deliver its users 4K 60+ FPS gameplay using graphics cards like Nvidia's RTX 2060 Super when using the game's Ultra settings, at least according to Nvidia's internal testing. DLSS can also be used at 1080p to deliver average framerates as high as 212 FPS on an RTX 2080 Ti, making the feature very useful to owners of 240Hz VRR compatible monitors.

Strangely, Nvidia did not call its DLSS implementation within F1 2020 DLSS 2.0, and neither did they release comparison screenshots to allow gamers to compare the game's visuals with DLSS On VS DLSS Off. 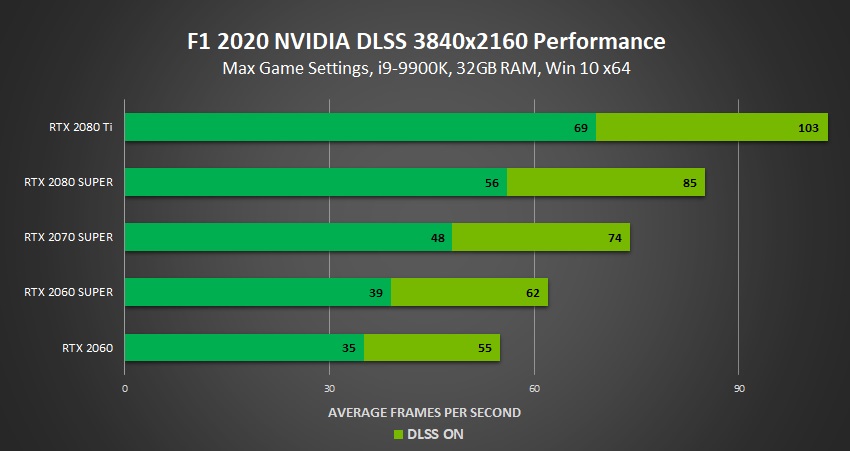 More information about Nvidia's DLSS update for F1 2020 on the OC3D Forums.