Evil Dead: The Game is now available for free on the Epic Games Store

Grab these free games while you can

Next week, Star Wars: Squadrons is going to be available for free on PC

Until November 24th, both Dark Deity and Evil Dead: The Game will be available for free on the Epic Games Store, and next week, Epic will be offering PC gamers free copies of Star Wars: Squadrons.

Evil Dead: The Game is a asymmetric multiplayer game that offers players both co-op and PVP action. In co-op mode, up to four survivors can team up against a demonic foe, exploring, looking, crafting and managing their way to victory against demonic foes. Players can also take control of demons in PVP mode to challenge teams of players.

If you are a fan of co-op games, Evil Dead: The Game is definately worth picking up. Grab the game and then plan a gaming night with your friends. That's some cheap and easy fun right there. 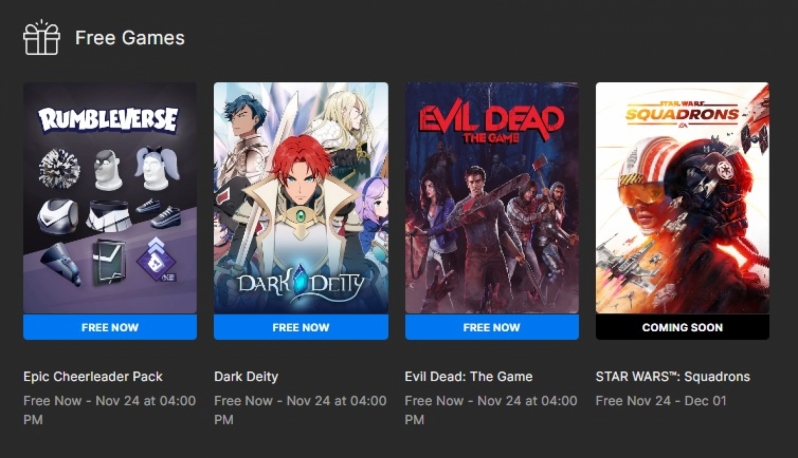 You can join the discussion on Evil Dead: The Game being available for free on the Epic Games Store on the OC3D Forums.