These backers were originally promised the game on Valve's Steam platform, making many of these customers feel betrayed due to the game's change in platform. Since then, YS Net has promised these users free Steam keys when Shenmue III's exclusivity period ends (alongside Epic Games Store keys at launch), or full refunds if gamers prefer.

Below is Tim Sweeney's full statement on the matter;

Epic is funding the cost of all Kickstarter refunds resulting from Shenmue III’s move to the Epic Games store, so that refunds won’t reduce Ys Net’s development funding.

When future games go Epic-exclusive after offering crowdfunding rewards on other PC stores, we’ll either coordinate with colleagues at the other stores to ensure key availability in advance, or guarantee refunds at announcement time. 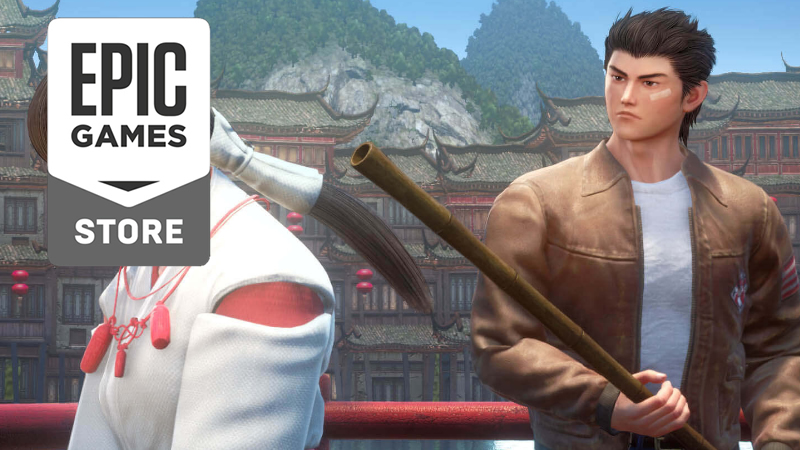 Shenmue 3 is set to release on PlayStation 4 and PC on November 19th.

You can join the discussion on Epic Games' plans to fund Shenmue III's Kickstarter refunds on the OC3D Forums.

ImprovizoR
Of course they are. The main reason why I won't support Epic is the fact that their business model revolves around catering to developers and publishers while forcing consumers into buying from their store. Devs and publishers are the ones receiving an actual service from Epic. Gamers are just being forced to use it. I'd hardly call that a service. It's the most anti-consumer store that I have ever seen and they're not even being subtle about it. Why on god's green Earth would I support something that is by its very design an inconvenience?Quote

tgrech
They don't force consumers to buy from their store, you can buy keys for their exclusive games from other stores without them getting any cut. You can also launch their games from other third party launchers if you don't like their application. Where is the inconvenience?Quote

Warchild
Quote:
I've given up debating or questioning the haters of Epic. Arguing with them is like watching 2 bald guys fight over a comb.

There is an article on PCgamer which sums up why Epic is a good thing and the go to launcher for developers. Gamers need to stop being entitled and selfish and realise Devs need to get paid and recognised for their work.Quote

Greenback
If I recall there was much the same thing when you started to need steam for every game and now look everyone wants steam, I want good games don't care what launcherQuote

Warchild
Quote:
Most logical and sensible thing I have heard today.Quote
Reply