Redeem these games, and they are yours forever

This week, Epic Games are giving away three free games on its PC gaming storefront, offering PC and Mac users plenty of content to crunch their teeth into. That right, all of these game support Windows and macOS, the two main OS' that the Epic Games Store supports, which means that no gamers are being left out.

First up, Epic Games are giving away free copies of Anodyne 2: Return to Dust, a game with combines a 3D overworld with 2D dungeons to create a unique adventuring experience. Graphically, the game is reminiscent of early 3D visuals and 16-bit pixel art graphics, depending on the area of the game you are in. On Steam, Anodyne 2 reviews are rated as "very positive".

Next up, we have A Short Hike, a 3D exploration game where players will hike, climb and soar across mountainside landscapes, searching for collectables while listening to the game's calming original soundtrack. This game has "overwhelmingly positive" reviews on Steam.

Lastly, we have Mutazione, a game that's described as a "mutant soap opera" with lush hand-drawn graphics, a large cast of characters and an "unpredictable" storyline. This game also has a "very positive" review rating on Steam.

You can redeem these three free PC games on the Epic Games Store. 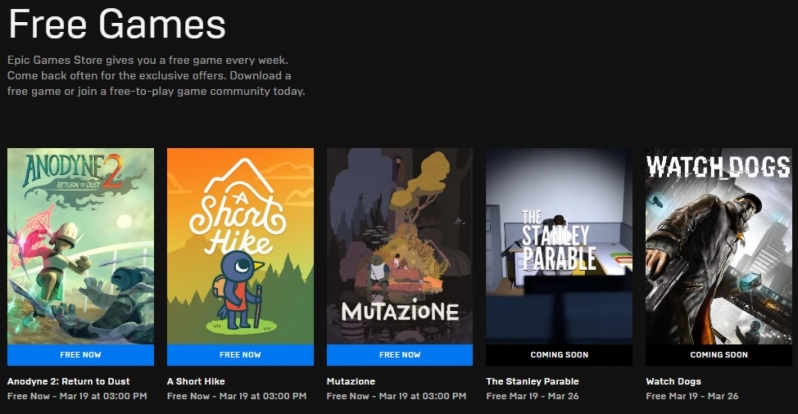 You can join the discussion on Epic Games giving away three free games this week on the OC3D Forums.

Cheers for that I will grab them now.Quote
Reply