For the next week, the Epic Games Store is offering PC gamers free copies of Dodge Roll's Enter the Gungeon and One More Level's God's Trigger, both of which are highly reviewed titles on Steam.

Enter the Gungeon, as the name suggests, is a Dungeon Crawler where players will loot, shoot and dodge roll their way through a procedurally generated "Gungeon". In single-player or co-op game modes, players must upgrade their weapons, uncover secret rooms and, work to overcome the challenges that that bullet hell fortress throws at them to uncover the Gungeon's mysteries.

In God's Trigger, players will be tasked with moving through levels with maximum violence against fast-moving enemies. An Angel and a Demon have teamed up to stop the apocalypse, and to do that they must fight their way into heaven with an arsenal of projectile weapons, special abilities and melee attacks. This game is violent, fast-paced and highly stylised. 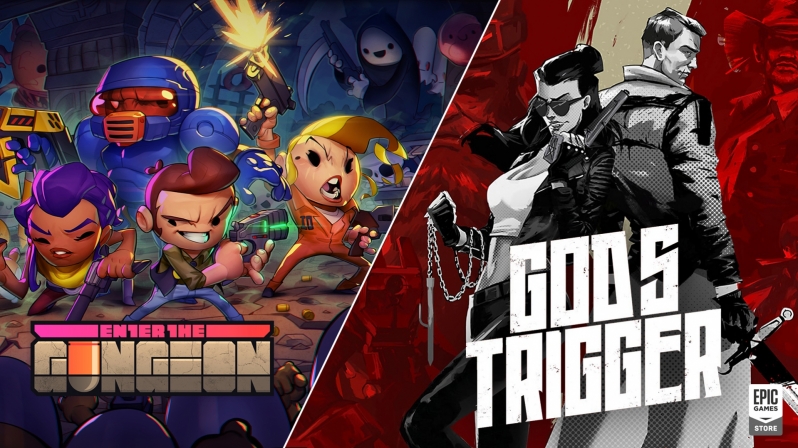 You can join the discussion on Epic Games' latest free PC titles on the OC3D Forums.