No, they won't send you double the money back...

A large number of high profile Twitter users, including Bill Gates, Elon Musk, Jeff Bezos and several US politicians, have been hacked by bitcoin scammers, who have used their large number of hacked accounts to ask for bitcoin payments while promising to give back double.

"Everyone is asking me to give back, and now is the time," says many of these Tweets, later saying "You send $1,000, I send you back $2,000." Several variants of this Tweet are out there, and at this time it is unknown how many accounts are affected.

Twitter has not commented on this matter yet, though most of these hacked Tweets have now been deleted. Given the widespread nature of this attack, it appears as if the security flaw that caused this comes from Twitter, though this has not been confirmed.

All Twitter users should know that Tweets asking for Bitcoin are often scams, and point out that Elon Musk and Bill Gates have no need for your Bitcoin...

This story is developing. We plan to update this article as we learn more about the hack. 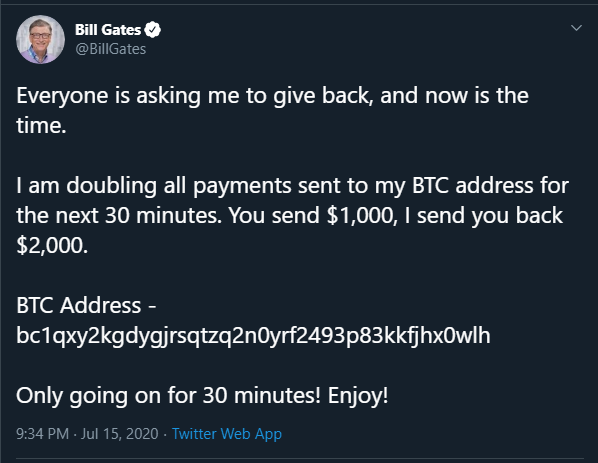 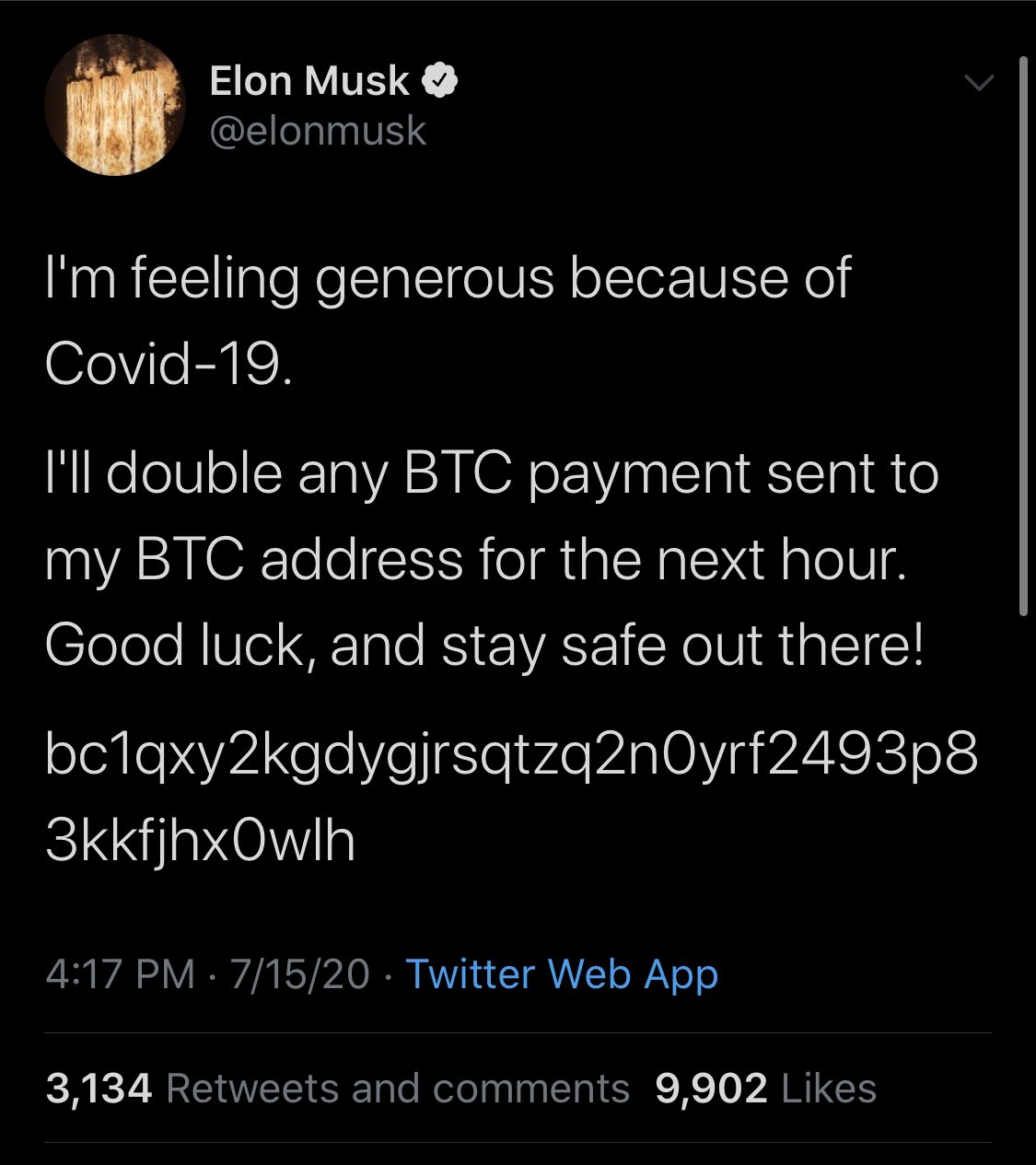 You can join the discussion on high profile Twitter accounts being hacked to promote Bitcoin scams on the OC3D Forums.

NeverBackDown
The fact so many big accounts got hacked just means they got into the Twitter Database and were able to figure out their hash algorithm and can now easily unlock their passwords.

Shame on Twitter. They should have made it far harder for this to happen for a company this large.Quote

tgrech
It's not just passwords as many of the accounts had 2FA, could have been carried out from the inside or have been a hack of the user account control panel though. Other floated theories include an API vulnerability or a vulnerability with third party account management software that has been granted post access but that seems less likely with this scope.Quote

tgrech
All verified accounts have now been blocked from postingQuote

NeverBackDown
If you are already in the system, getting around 2FA wouldn't be difficult for a coordinated attack like this done by obvious professionals.Quote


Quote:
Explains the crude nature of the attack, both in how slow it was (One message every few mins over the course of several hours, doesn't imply much manpower), and the nature of the scam itself(Stealing a small amount of BTC, or possibly earning a small amount more from having shorted BTC beforehand, is ridiculously crude given the power briefly attained here). Some people theorising it's all a cover up for something more sinister, but of course nothing backs that up yet.Quote
Reply