ELDEN RING has been delayed until February 2022

The game was originally due to launch in January

ELDEN RING has been delayed until February 2022

From Software has confirmed that ELDEN RING has been delayed until February 25th 2022, more than a month after the game's original January 21st release date.

ELDEN RING is a game that has been created as a collaboration between Dark Souls creators at From Software and Game of Thrones author George R. R. Martin. The game was officially revealed at E3 2021, where the game was confirmed for PlayStation 4, PlayStation 5, Xbox One, Xbox Series X/S and PC. On PC, ELDEN RING will be released through Steam.

According to From Software, ELDEN RING has been delayed because "the depth & strategic freedom of the game exceeded initial expectations", suggesting that the final game will have a larger scope than was originally planned.

A closed network beta test for ELDEN RING will be hosted in November 2021, and gamers can apply to join this beta on the ELDEN RING website.

ELDEN RING will release on Feb 25, 2022, as the depth & strategic freedom of the game exceeded initial expectations.

Thank you for your trust & patience. We look forward to seeing you experience the game in the Closed Network Test in Nov.

At this time, nothing is known about the game's story. At the beginning of the above trailer, a voice states that "The Tarnished will soon return, guided by grace once lost," and "The Golden Order is broken to its core." Without context, we can't understand the meaning behind these words.

You can join the discussion on Elden Ring on the OC3D Forums. 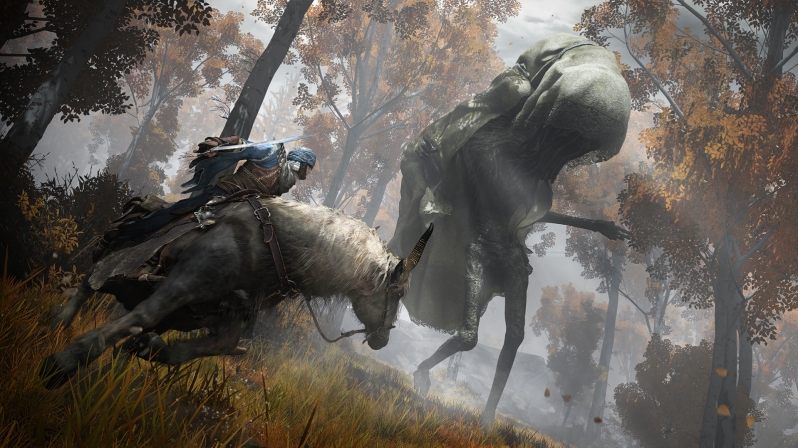 Peace Đ
Sadly, the beta is only available on consoles