EA is sabotaging its classic games with its Origin client

If I were to ask you who makes the best PC games launcher, I'd bet that you wouldn't pick EA's Origin as your first choice. It's functional, yes, but it doesn't do much to differentiate itself from its rivals.

Most PC gamers begrudgingly use Origin because they want access to EA's gaming library. Whether they want access to sports games like FIFA and MADDEN, first-person shooters like Apex Legends and Battlefield 5, or EA classics like Mass Effect 3, Dead Space and Need for Speed. EA's library has something for almost everyone.

A few days ago, a Senior Engineer at Microsoft called Jack Elliot brought to our attention a massive flaw within EA's Origin Client. This flaw can tank the performance of classic EA titles, turning Mass Effect 3 into a stutter-fest, even on modern hardware. 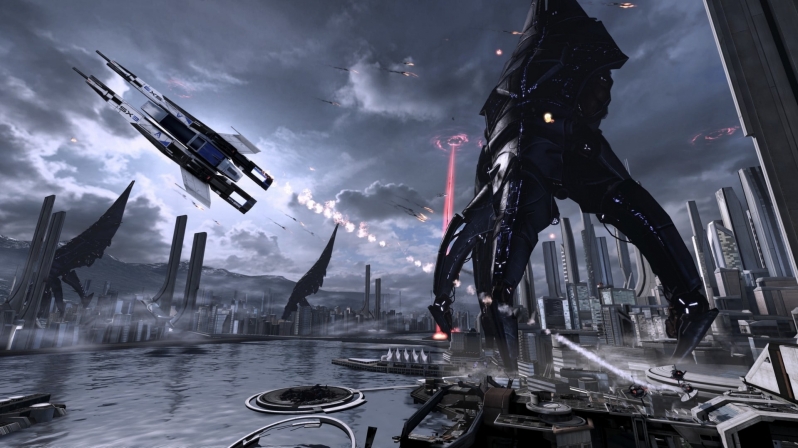 The problem (Spoilers: Its Origin)

We didn't want to jump to conclusions here, especially when we could easily test out Mass Effect 3 ourselves. For starters, we will note that Mass Effect 3 enabled V-Sync by default and has a framerate cap of 62FPS.

When we played through the opening areas of Mass Effect 3, the game was a mess, frequently stuttering between 30 FPS and 60 FPS gameplay thanks to the game's always-on VSync. This was on a 4GHz i7-6850K processor, something that's more than capable of running an Xbox 360/PS3 era game at 60+ FPS.

Before we recorded any framerate data, we first ventured over the PC Gaming Wiki to discover how to disable VSync and how to run the game at an unlocked framerate. We then followed the instructions within their guide and proceeded to test Mass Effect 3's performance on modern PC hardware.

As you can see below, Mass Effect 3's PC performance is highly unstable. This game isn't GPU limited, and the same performance issues occur at lower resolutions like 1080p. Yes, our average framerate is over 90 FPS, but a lot at our lower percentile framerates. Some of the stutters we experienced placed the game well below 30 FPS, making the game both look and feel terrible to play. 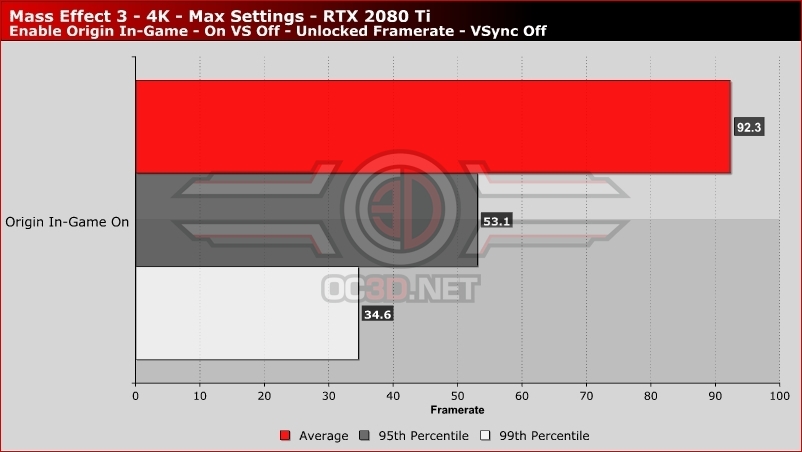 Thankfully, Microsoft's Jack Elliot investigated his Mass Effect 3 issues, using tools like GPUView to uncover why Mass Effect 3 isn't running well on modern hardware. The cause was then found to be API hooks from EA's Origin client, which ate up CPU resources and caused Mass Effect 3 to run at sub-60FPS framerates.

Simply click on the option highlighted below (the switch will go grey when it is disabled), and Mass Effect 3 should run a lot better. 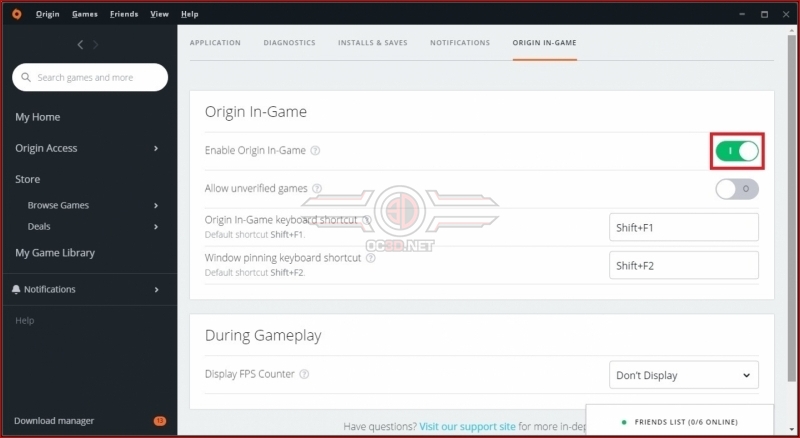 While Mass Effect 3 remains CPU-limited, the game now runs a lot faster than it did before and no longer experiences the same stuttering and other issues which we experienced previously.

Now, our 99th percentile framerate is at 114.4 FPS, not the abysmal 34.6 FPS that we received previously. Now, smooth 60FPS framerates are available once more in Mass Effect 3, which is excellent news for anyone who wants to replay the series on PC. 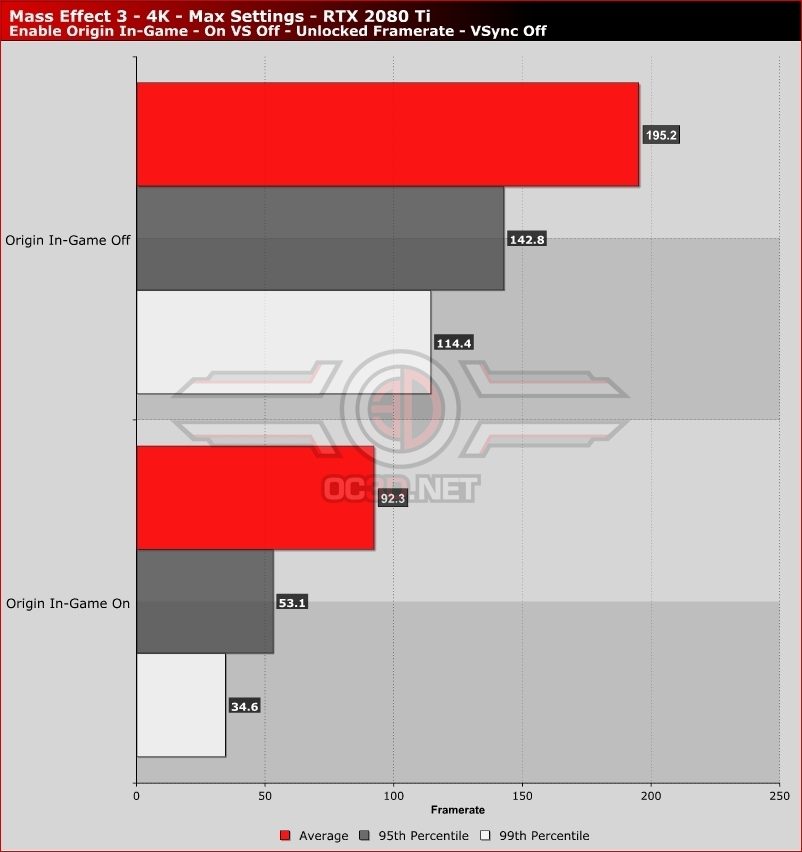 EA needs to address performance issues like this within its Origin Client, or disable Origin's "In-Game" support for older titles by default. Such abysmal framerates from a 2009 game shouldn't be seen on modern PC hardware, and EA should be ashamed that their launcher has so fundamentally harmed the performance of some of its all-time classics.

We hope that this article will reach EA and force them to address this issue. For now, Mass Effect 3 fans will need to disable Origin's "Enable Origin In-Game" option to get the best performance from their copy of Mass Effect 3.

- Side Note - Those who want to improve their Mass Effect replays should look at the "A Lot of Videos" and "A Lot of Textures" mods for the series, and install high-resolution texture packs to make the game look better on today's high-resolution monitors.

You can join the discussion on EA's Origin client ruining Mass Effect 3's PC performance on modern hardware on the OC3D Forums.

Dark NighT
HMmm Thanks for reporting this, currently in a playthrough on Mass 3, haven't noticed the stutters but disabled the thing anyway!Quote

Dicehunter
I've had Origin In-Game disabled since I installed Origin, It messes with most games, This has actually been an issue for a few years now.Quote

1st thing I do in windows is disable any in-game tools, have done for years now.

Makes me laugh that Microsoft engineers are just picking up this now, reason why windows problems dont get fixed for months & months.Quote

WYP
Quote:
I'm about to update this. It seems to not be an issue for Gamepad issuers. Are you using a gamepad or mouse/keyboard?Quote

Dark NighT
Quote:
Mouse keyboard for me, was also streaming it without any issues.Quote
Reply