EA's going to "double down" on their Star Wars License - It only took 7 years...

We should expect more Star Wars games in the future

EA's going to "double down" on their Star Wars License - It only took 7 years...

During the company's latest investors call EA's CEO, Andrew Wilson, confirmed that the company would "double down" on its Star Wars License, confirming its long-term commitment to the Star Wars franchise.

EA received an exclusive Star Wars gaming license from Disney back in 2013, and since then EA has released surprising few games. Since 2013, EA has released three new Star Wars games for PC and console platforms while updating its Star Wars: The Old Republic MMO. EA has also created the mobile game Star Wars: Galaxy of Heroes, though it isn't of great interest to console/PC gamers.

After seven years, EA finally appears to be taking its exclusive access to the Star Wars franchise seriously. Hopefully, this means that gamers can expect a lot more from EA over the coming years. Later this year we already have Star Wars: Squadrons, and more Star Wars titles are presumably in the works.

EA's CEO, Andrew Wilson, said that “We’re going to double down on that partnership. Disney continues to be very very committed to the IP and to the canon." This should mean that gamers should expect more story-based content within EA's future Star Wars titles, which is great news for those who are uninterested in online multiplayer experiences.

With the disastrous launch of Star Wars: Battlefront II, many reports claimed that Disney was reconsidering its licensing agreement with EA. Now, both companies appear to be on good terms, especially after the success of  Star Wars Jedi: Fallen Order and the long-term success of Star Wars: Battlefront II. EA has managed to turn things around, and it will be interesting to see where the company takes Star Wars in the future. 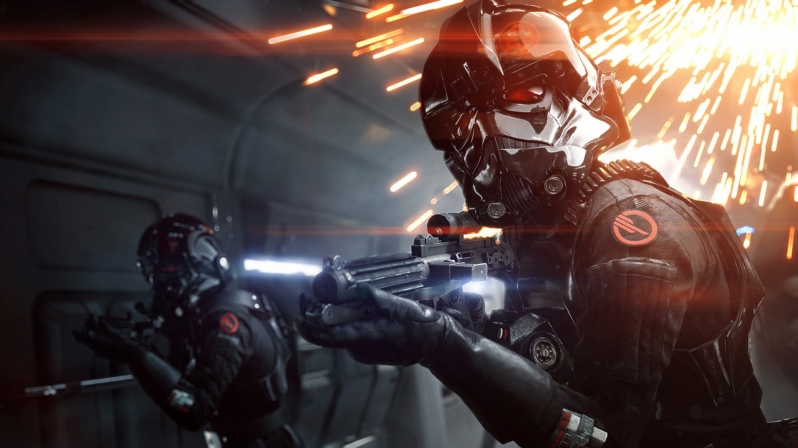 You can join the discussion on EA's plans to "double down" on the Star Wars franchise on the OC3D Forums.

Giggyolly
They literally have a licence to print money, they just need to make the bloody gamesQuote

WYP
Quote:
It's ridiculous that there have been more Star Wars movies than Star Wars games in recent years.Quote

g0ggles1994
The only reason this is happening is because of the huge backlash from the Battlefront games. I guarantee EA were just going to make Star Wars multiplayer games and laugh all the way to the bank with itQuote

EA also cancelled what 2 titles? So there is also that.Quote

Warchild
Quote:
Wonder if the backlash controversy of BFII also had an impact with their MTs causing a storm.Quote
Reply