While speaking at the Credit Suisse 21st Annual Technology, Media and Telecom Conference, EA's CFO Blake Jorgensen discussed Star Wars: Battlefront II and explained why EA decided to use a progression-based loot system rather than a cosmetics-bases system like Overwatch.
In his talk he stated that EA is not giving up on microtransactions and that they are listening to consumers to implement them better in the future, saying that "we’re certainly not changing our strategy".

We're not giving up on the notion of MTX, we're learning and listening to the community in terms of how best to roll that out in the future, and there's more to come as we learn more. But I would say we're certainly not changing our strategy.

We think the strategy of deeply engaging games, keeping the community together, and allowing people to play those games with new content coming via events over time is critical to the future of our business. We feel like we've nailed that in the sports games, and we'll continue to try and find the best model that works in the non-sports games.

It is worrying to see that EA considers sports and non-sports games separately here, given the problems associated with the "Ultimate Team" system that is available in titles like FIFA, games which currently carry a 3+ rating in the UK. EA is showing no signs of giving up on that system, which has already been associated with illegal gambling in the UK.

Jorgensen defends EA's decision to tie microtransactions to player progression with loot boxes by stating that a cosmetic system would not work without "violating the [Star Wars] Canon", which is something that is farcical. While his pink and white Darth Vader analogy does seem to make his point clear, hardcore Star Wars fans should know that Darth Vader has a new costume for each movie appearance. Yes, all of them are similar and have the same black aesthetic, but there are nonetheless some significant differences moving from movie to movie.

In Episode 4, Vader's armour was dull and worn, highlighting the fact that he has battled the rebels for quite some time before the start of the movie. In later movies, where he spoke with the Emporer in person, he wore set of armour that was highly polished, highlighting his respect for his master.

In theory, Vader could have had skins for his appearances in Episodes III, IV, VI, VI, Rogue One and Star Wars Rebels. Yes, they will all look similar at a distance, but that is six lore-friendly costumes for Vader.

Moving beyond that, Clone Troopers were well known to wear custom armour, as showcased in Star Wars: The Clone Wars and members of the Rebel Alliance were also known to showcase their individuality in their uniforms. Combine that with the different costumes that heroes wear through the series, and we have a lot of variety while remaining lore Friendly. Some characters will have more outfits than others, but there are plenty of potential options when it comes to skins.

We pulled off on the MTX, because the real issue the consumer had was they felt it was a pay-to-win mechanic. The reality is there are different types of players in games. Some people have more time than money, and some people have more money than time. You want to always balance those two.

The one thing we're very focused on and they're extremely focused on is not violating the canon of Star Wars. It's an amazing brand that's been built over many, many years. So if you did a bunch of cosmetic things, you might start to violate the canon. Darth Vader in white probably doesn't make sense, versus in black. Not to mention you probably don't want Darth Vader in pink. No offense to pink, but I don't think that's right in the canon.

The biggest problem with Star Wars: Battlefront's progression system and loot box mechanics was that it was pay-to-win, with Star Cards giving users in-game advantages other others. This is a terrible thing for potential newcomers to the game, as it means that existing players are more skilled and have statistical advantages over newcomers.

While EA's defence that some players would rather spend money than invest time unlocking specific items does have a valid point, it does not get around the fact that they could have charged directly for select items or characters, rather than obfuscate them with loot boxes. There is also the fact that a progression system where experienced players have a statistical advantage over newcomers is incredibly unbalanced, even without loot boxes.

We pulled off on the MTX, because the real issue the consumer had was they felt it was a pay-to-win mechanic. The reality is there are different types of players in games. Some people have more time than money, and some people have more money than time. You want to always balance those two. 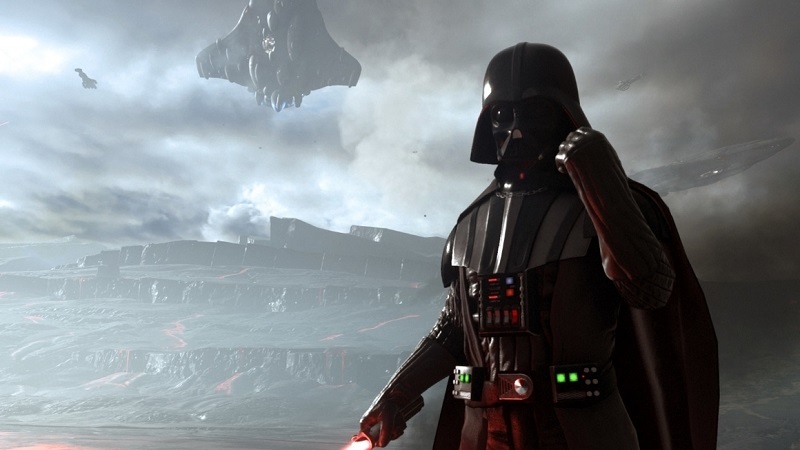 EA has made things clear, they are bringing microtransactions back into Star Wars: Battlefront II. The company will not be moving away from their current system entirely, making it clear that they feel that a simpler cosmetics-based system is not what they want to do.

The Star Wars universe is vast and is filled with variety and as we have explained, cosmetic options for heroes and classes is something that is easily possible while remaining canon friendly, even for iconic characters like Darth Vader. Also, on the note of making things canon friendly, why can we play as Rey during a Clone Wars battle? That isn't "canon friendly"!

You can join the discussion on Battlefront II's microtransactions on the OC3D Forums.

g0ggles1994
Quote:
Aka: "We make a lot of money from Fifa microtransactions, so we are going to force it into all our games since you are all just walking, talking wallets"

In a story mode that's faithful to the films changing cosmetics can go against the lore (to some extent) but in a multiplayer mode when you can have dozens of the same character fighting in a battle that just gets fought again and again it makes no bit of difference, stuff like that shouldn't even be considered canon anyway.

The joke of this is not that it has microtransactions, it's that they just added lootboxes (as everyone has said), and they made it ridiculously hard to unlock stuff. Acceptable in a F2P game, but in a full price game? lol.no.Quote

IvIoody
i feel like a cash cow to them. besides the argument to staying true without skins is bs. every hero character has had a diffrent outfit at some point in the movie's. so
2 lazy to do something right. at this point i couldnt care less about Electronic Asses.
i just feel sorry for dice.Quote

looz
Quote:
And they'd be right in many cases, EA just overstepped with newest Battlefront. Microtransactions earn game companies loads of money even if they're essentially selling air.Quote
Reply