EA has announced that Bioware's Anthem is now available as part of their EA/Origin Access Vault. This move allows EA/Origin Access subscribers to play the standard edition of the game as much as they want.

Those who decide to subscribe and suit up now can still participate in Anthem's season-long Cataclysm event, which brings new story missions, rewards and content to the game.

While Anthem has not lived up to the hype surrounding it, it is certainly something that's worth trying out if you are already a subscriber to EA/Origin Access. Get a few friends, suit up and explore the world of Anthem and you should have a good time. 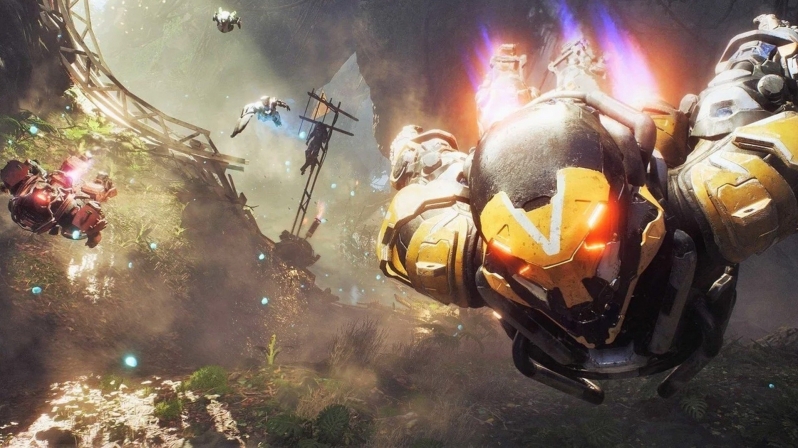 You can join the discussion on EA's Anthem being added to EA/Origin Access on the OC3D Forums.

Damien c
Tried the game a few times since I stopped playing it due to all the bugs etc, and the game is still a joke.

Loot drops are garbage all the time, barely anyone to match with to do content that actually offers a small amount of a challenge even with being masivley under geared for it.

This game needs a lot more work and frankly I don't think they are going to put the effort in, but I will keep trying it now and then to see what it's like.Quote

Warchild
Hang on, did i miss something. Or am I misunderstanding. This has been part of Origin Access Vault since Day 1.

Perhaps you should mention it is now on Origin Basic subscription and no longer tied behind the premier vault.

WYP
Quote:
That's a good point, but the whole point of Origin Access Premiere is that it offers all new EA games from day-1 (well, plus early access). Still, that should be mentioned.

I'll edit the article now to address this. Thanks for the feedback.Quote

OMG.PLS.NO
This hits me rather hard - I know you OC3D gets paid to advertise but i wish they wouldnt advertise dead games and flops from EA.

EA will attempt nothing to pull this game out of the gutter - its run its course and they honestly have nothing to add to the game apart from turning the taps on for more loot but They arent going to do that because the quicker you reach the pinnacle of all the game has to offer, the quicker you'll leave it for something else and not come back.

But of course i am quite Anti-EA at this stage but shilling for or advertising for a dead game.... especially one you have to PAY to get access to.

Not exactly a great idea.

Damien c
Quote:
Really you join the forum and the first thing you do is question the motives and choices around what gets an article?

This is simply news that some people might want to know about, just because you don't doesn't mean others don't.Quote
Reply