EA plans to remaster their classic Command and Conquer games

It's about time EA took the franchise seriously

EA plans to remaster their classic Command and Conquer games

Back at E3 2018, EA revealed Command and Conquer Rivals, a mobile game which probably created more anger amongst series veterans than excitement, resurrecting the name of one of PC gaming most beloved RTS franchises to turn it onto a mobile clicker game.

The Command and Conquer series has been effectively dead since the release of Command and Conquer 4: Tiberium Twilight, where EA took a bold step in the wrong direction with the franchise, leaving the RTS series without a proper base-building entry since 2009's release of Red Alert 3: Uprising. Since then EA has attempted to make a sequel to Command and Conquer: Generals, a free-to-play title which was ultimately cancelled in late 2013.

In the aftermath of the Command and Conquer: Rivals announcement, EA has head fans of the series loud and clear, that PC gamers want to see the franchise return to PC. Now EA has announced that they have been exploring the possibility of remastering the classic RTS titles, stating that they "already have the ball rolling on our first effort".

My name is Jim Vessella, and I’m a Producer at Electronic Arts. Ten years ago I had the pleasure of being on the production team for Command & Conquer 3 and Red Alert 3, along with being the Lead Producer on Kane’s Wrath. During those years, some of my favorite moments were interacting with our passionate community, whether at our onsite Community Summits, on the forums, or while attending various events such as Gamescom.

As most of you may know, we recently announced Command & Conquer: Rivals, a mobile game set in the Command & Conquer universe. Following the reveal of Rivals, we heard you loud and clear: the Command & Conquer community also wants to see the franchise return to PC. And as a fan of C&C for over 20 years, I couldn’t agree more. With that in mind we’ve been exploring some exciting ideas regarding remastering the classic PC games, and already have the ball rolling on our first effort to celebrate the upcoming 25th Year Anniversary.

We are eager to hear your feedback to help influence our current thoughts for PC and what comes next. Over the next few weeks we’ll be talking to fans in a variety of ways. In the meantime, please share your thoughts here on the subreddit.

As a long time C&C fan and developer, I am just as passionate about the C&C franchise as you are, and look forward to hearing your thoughts as they help us shape the future of C&C at EA! 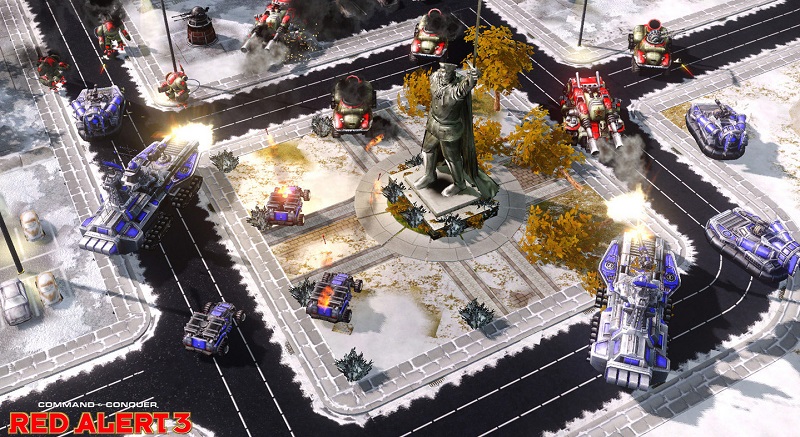 At this time it is unclear which games EA intend to remaster, and how much of an overhaul these classic PC game will receive. Will this be a Starcraft: Brood War style remaster, or does EA plan to make larger changes to their classic titles? I'd personally like to see a re-release of Command and Conquer: Generals with proper 16:9 resolution support and a higher framerate cap.

You can join the discussion on EA's plans to remaster classic Command and Conquer titles on the OC3D Forums.

Although I'd prefer an actual new game that wasn't like C&C4...Quote

Dark NighT
A remastered generals would be really awesome, do some proper balance on it and yeah i would be all over it.Quote

Dicehunter
Sad thing is they are going to cram these full of microtransactions.Quote
Reply