Earlier this year, the Belgian Gaming Commission confirmed that paid loot boxes in games are in "violation of gaming legislation", after investigating games like Star Wars: Battlefront II (which kickstarted public outcry against loot boxes), FIFA 18 (which has a PEGI 3+ rating), Overwatch and Counterstrike: Global Offensive. More information about this initial ruling can be found here.

Since then, Blizzard and Valve have taken measures to comply with Belgium's gambling laws, removing the affected components of their games when played within Belgium. EA, on the other hand, has taken no action to comply with Belgium's gaming laws, refusing to change any aspect of their FIFA series, including FIFA 19, which releases later this month.

Due to EA's lack of compliance with Belgium's gaming regulations, the company is now under a criminal investigation from Brussel's Public Prosecution office, with Belgium's laws threatening huge fines and the threat of imprisonment for the game's operators if the company is found guilty. The Belgian publication Metro has reported that EA has received a warrant and that a public prosecutor has received the Gaming Commission's file on EA.

If this case makes it to court, Belgium's stance on "loot boxes" will be challenged in court for the first time, which will either solidify Belgium's position or force the country to adjust their gaming regulations. The matter will be for the judge to decide, assuming the case makes it that far. 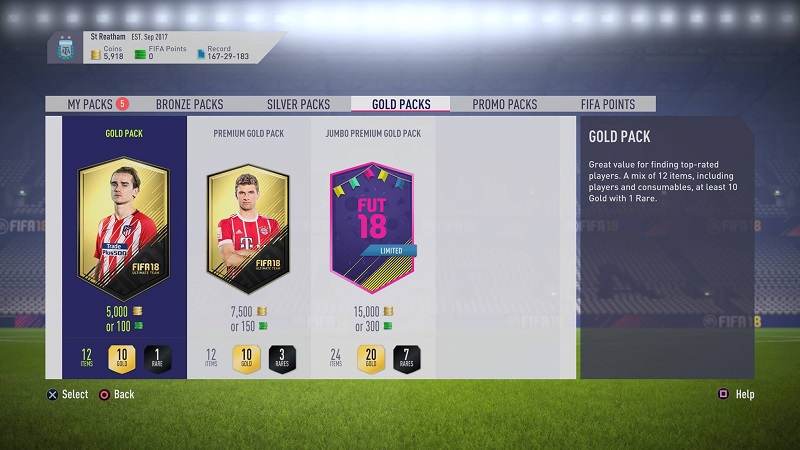 FIFA 19 will become available on PC, Xbox One and PS4 on September 27th and is set to include the game's Ultimate Team mode and its randomised paid pack system in all territories.

You can join the discussion on EA being under criminal investigation by the Belgian government on the OC3D Forums.

Dicehunter
I hope EA get destroyed in court, Crushed to pieces in every way possible.Quote

ImprovizoR
You know, back when the Battlefront 2 controversy happened, I sent an e-mail to Belgian gaming commission informing them about all the other EA games with loot boxes. I also ratted out Valve

I like to think that I had something to do with this.Quote

Speaking frankly, I say any game with gambling elements that involve real money such as loot boxes should recieve instant 18+ certificationsQuote

Warchild
Quote:
Would be nice but, wouldn't help. Gaming is no longer a "nerd" thing. It's accepted by all ages, so 18+ rating wouldn't do much. The 18+ would be worse given that they are hooked on gambling with their own money as opposed to the parents and no intervention to curb the spending. Probably like those who can't resist buying a game or two, or several every week.

If EA get fined, you know its going to be the consumer who pays the fine. They will shift the cost onto us in some way for sure.Quote
Reply