Game streaming has been of interest to publishers for quite some time, offering them the ability to stream games to their users directly without the need for in-home hardware bit it a console or a gaming PC. Today, several services like this exist, but it Nvidia GeforceNow, PlayStation Now already proving popular amongst their users.

EA has announced that they have acquired GameFly's cloud gaming subsidiary, which is located in Caesarea Israel, taking with it the personnel and knowledge behind the company's cloud streaming services.

Ken Moss, EA's CTO, stated that "Cloud gaming is an exciting frontier that will help us to give even more players the ability to experience games on any device from anywhere," hoping that cloud gaming will open up another growth avenue for the company. This addition will bolster EA's existing subscription services like EA Access and Origin Access on Xbox One and PC, an all-you-can-play service for the publisher's back catalogue of gaming titles.

It is easy to see what an EA game streaming service could look like, allowing gamers to access and stream all of the publisher's most popular games without the need for expensive console/PC hardware, granting users a cheap entry point into the publisher's massive catalogue of games. 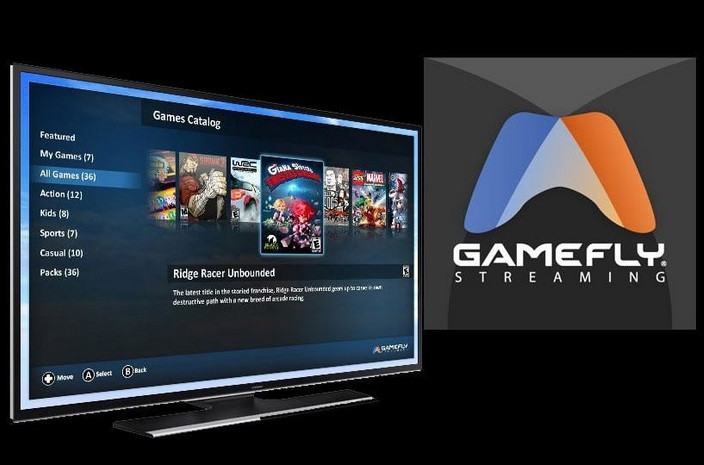 It is possible that EA will launch their game streaming service as an extension of their existing EA/Origin Access services, offering users the opportunity to play the same library of games with low-end hardware. Regardless, it is likely that it will take EA years before such a service is ready for public use.

You can join the discussion on EA's acquisition of GameFly's Cloud Gaming subsidiary on the OC3D Forums.

Warchild
LAst thing I wanted on my TV is EA popping up.Quote

AlienALX
IMO large game companies are all ran by some narcissistic ahole who just wants to not only be right all of the time every time but also give you absolutely nothing but memories for your £50.

I guess we shall see how bad this narcissism is once the idea like, actually works and actually doesn't look like crap. Then we shall see if you can still buy anything that you can hold in your hand. Or, find out that all you own is a name in your game list that can be taken away at any time because you don't own diddly squat. Which, from memory, is what they want. They don't want you to actually own anything. Just rent space on a server, and when you are done paying for the sub you lose all of your games.

It's the same thing Sky do, well, with Sky. You can pay them £50 odd a month to use their service and record to your heart's content, but when you stop paying them £50 you lose all of your recordings and get left with a house brick. Which is wrong, IMO.Quote

Warchild
Quote:
Everyone does that. XBOX LIVE gets you free games every month, for xbone, and xbox360, however stop paying or let your sub run out and you lose access to all of it. It keeps the incentive to keep paying now that you are heavily invested.Quote

AlienALX
Quote:
That is why I have a PC.Quote

fadingfool
Given I have personal experience with EA suspending my Origin account for "suspicious transactions on Fifa 15" which if they had bothered to check is a game I have never owned (or wanted to own) I will not be rushing to part with my hard-earned for a streaming service from them.
It took 6 weeks before I had full access to my account again - without an apology or any compensation.Quote
Reply