Dragon Quest Builders 2 is coming to PC this December

Coming to PC with all of the console version's season pass DLC.

Dragon Quest Builders 2 is coming to PC this December

On December 10th, Square Enix's Dragon Quest Builders 2 will arrive on PC, bringing their JRPG-meets-Minecraft hybrid onto the platform for the first time. Previously, this series has been exclusive to Sony's PlayStation 4 and Nintendo's Switch console platforms, but now, PC gamers can join the party.

Dragon Quest Builders 2 tasks players with exploring the land, slaying monsters, gathering materials and constructing a kingdom. Quests are also part of the game, differentiating this title from games like Minecraft. The game can also be played in co-op with up to four players, with Bulders 2 integrating more community features than its predecessor. Weaknesses from the Builders one have also been removed, such as weapon and armour degradation, and the need to start from nothing with each story chapter.

As a block builder game, Dragon Quest Builders 2 always seemed like a perfect fit for PC, offering an alternative to Minecraft with its Akira Toriyama character designs and music from Koichi Sugiyama, The game should also benefit from better performance, given how the game can chug on consoles during complex scenes. 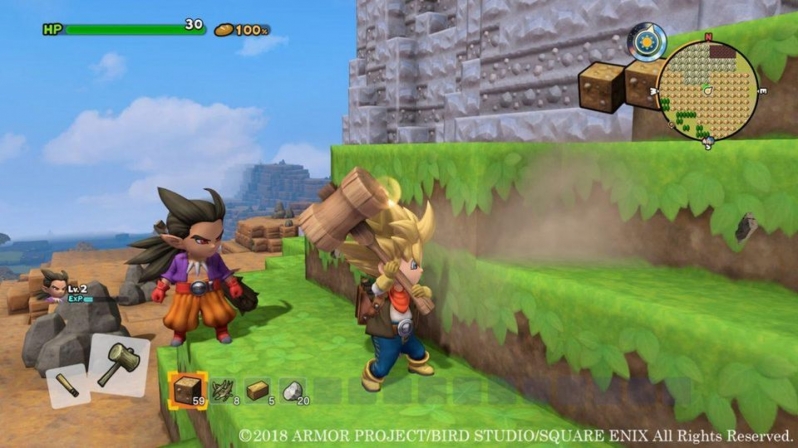 The PC version of Dragon Quest: Builders will release on December 10th on Steam for £49.99 in the UK and $59.99 in the US. At this time the game has no PC system requirements.

You can join the discussion on Dragon Quest Builders 2 coming to PC on the OC3D Forums.