DOOM 64 has been rated in Australia

DOOM 64 has been rated in Australia

New evidence has emerged that suggests that DOOM 64 will be re-released soon on multiple platforms. Now, the game has received a multi-platform listing on the Australian Game Classification website with an M (Mature) rating.

Previously, DOOM 64 was rated for PS4 and PC by PEGI, which granted the game a 16+ rating. Rating for Bethesda's recently released DOOM and DOOM II remasters also has PS4/PC only ratings at PEGI. This suggests that DOOM 64 could release on additional platforms, such as Nintendo Switch and Xbox One. 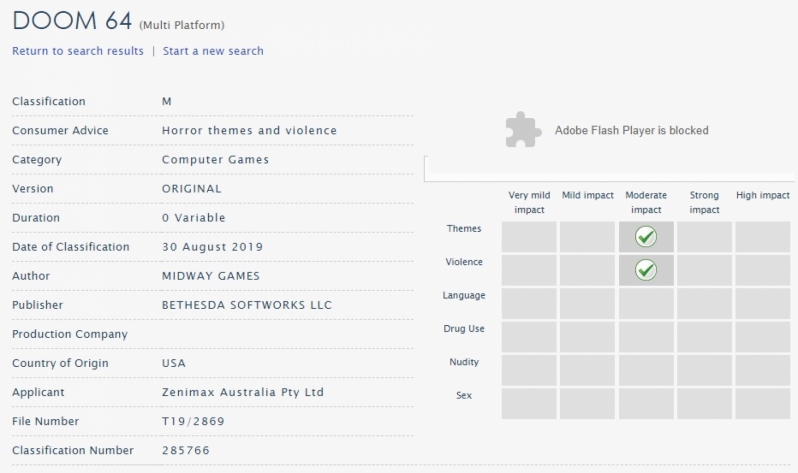 DOOM 64 is considered by many fans of the franchise to be amongst the best the series has to offer. Ultimately the game was less successful than other console iterations of the franchise, mostly thanks to the overwhelming popularity of consoles like the Sony PlayStation during that era.

You can join the discussion on DOOM 64 being rated in Australia on the OC3D Forums.