Disney's hosting a Marvel and Disney Gaming Showcase this September

D23 Expo is about to level up! Disney is streaming the Disney & Marvel GAMES SHOWCASE to fans worldwide on Friday, September 9, at 1 p.m. PT/4 p.m. ET. Be sure to tune in to the showcase, hosted by Kinda Funny’s Blessing Adeoye Jr.

The Disney & Marvel GAMES SHOWCASE will be livestreamed from D23 Expo and available to watch on a variety of platforms, including: 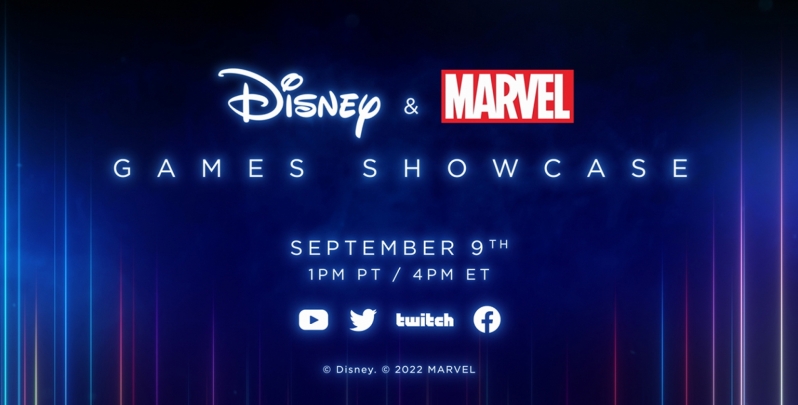 Fans attending D23 Expo in person will be able to watch the showcase live on the Premiere Stage, with a presentation following the livestream featuring developer interviews, special guests, and exclusive giveaways.

On the D23 Expo show floor, fans can visit Aniplex’s Disney Twisted-Wonderland booth to learn more about the unique anime-style game inspired by iconic Disney Villains. Attendees will be able to discover the different dorms of Night Raven College with a fun photo opportunity and see Twisted-Wonderland characters at the Infinity Cube, an immersive experience featuring live 2D animation. While supplies last, everyone who visits the Disney Twisted-Wonderland booth will receive a hand-fan featuring Grim, a cat-like monster who aspires to be a great mage and your roommate in the game.

D23 Expo is sold out. The Disney & Marvel GAMES SHOWCASE and select additional presentations will be streamed for guests at D23 Expo Live! throughout the show, on September 9, 10, and 11. For more information, visit D23Expo.com.

You can join the discussion on Disney's planned gaming showcase on the OC3D Forums.