When Epic Games revealed their new gaming storefront, they promised developers that they would be given a larger chunk of the revenue generated by their PC releases, promising devs 88% of their game's income instead of Steam's basic rate of 70%.

Coffee Stains Studios has confirmed that Satisfactory will no longer be releasing on Steam, with the Epic Games Store acting as the "only place" where PC gamers will be able to access the first-person factory builder.

Rebel Galaxy Outlaw and Genesis Alpha One have also been moved to the Epic Games store, acting as timed exclusives for the platform. This showcases the willingness of developers to move away from Steam for the sake of additional revenue, though it must be said that the crowded nature of Steam could also be a contributing factor in these decisions. It will be a lot easier for PC gamers to notice these upcoming games on the heavily curated Epic Games Store than on the saturated Steam platform.

Double Damage, the developer behind Rebel Galaxy, hopes that the 88/12 revenue split will become the "new standard" for PC releases. Part of the developer's reasoning for moving to Epic's storefront is that they hope to create the "momentum" that will push the industry in this direction. 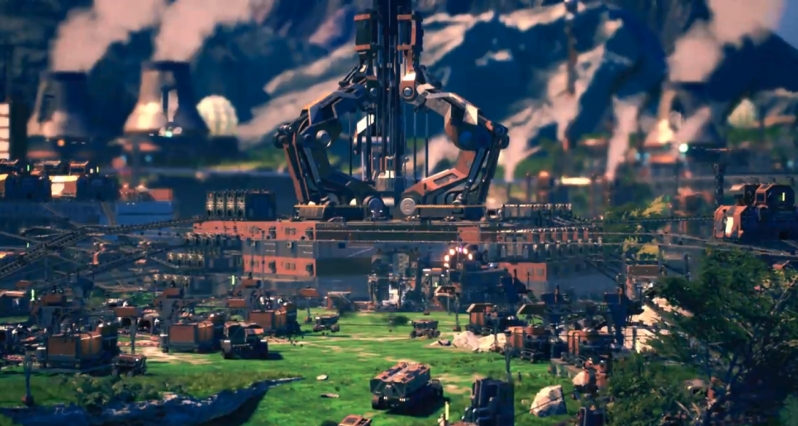 Over the next few months, we can expect to hear a lot more about the Epic Games Store, with free games releasing on the platform over the next few weeks as well as a multitude of curated PC releases from both AAA publishers and Independent developers.

You can join the discussion on developers cancelling or delaying Steam releases to moves to the Epic Games Store on the OC3D Forums.

JeffDee
Better revenues is nice and all, but that's a lot of weight on Fortnite's shoulders.

This is not only happening because of the lower profit cut from Epic but definitely because of the traffic they get because of Fortnite. That being said, expecting the traffic Epic gets from Fortnite for a free game and mostly "kids", to be interested AND pay for a plethora of game could potentially not be as profitable as if on steam, even with the increased profits.Quote

WYP
Quote:
Yeah, Epic Games needs a big non-fortnite audience to succeed here. The free games giveaways and stuff will help in the short term, but in the long term, Epic wants to tightly curate the games on their platforms, which means that most games on the store will be good.

TBH it sounds a lot like what Steam was before Greenlight, and before countless games released on the platform yearly. Games on the Epic store should be a lot more discoverable than Steam. That's a big deal for smaller developers.Quote

Greenback
Give steam it's due though it's been out 15-16 years so is bound to be full of games at this point.
I'm interested in how epic do refunds, a vet what games go on especially once they start getting as big as steamQuote

WYP
Quote:
Steam's library is no doubt a huge asset, but what I am getting at is that 20 games (just new games, not including DLC and free stuff) have released on Steam today alone.

With Epic's Store being curated, games will stay on their "new releases" (or equivalent) page for longer, giving new games more visibility. It's hard for small developers to get any visibility on Steam anymore.Quote

Greenback
Quote:
I understand that but I wonder if the launcher does take off will it not be in the same situation in a few years, I'm all for small developers I have too many hours in Factorio and KSP not to beQuote
Reply