Last Wednesday, the announcement of the next installment in the Deus Ex-franchise: Deus Ex: Mankind Divided caught us all by surprise. Developer Eidos revealed the game in the form of a trailer which got the entire gaming community on the internet all hyped up. In honor of the newly announced game, Game Director Jean-François Dugas held a Twitter Q&A, answering questions about Mankind Divided. 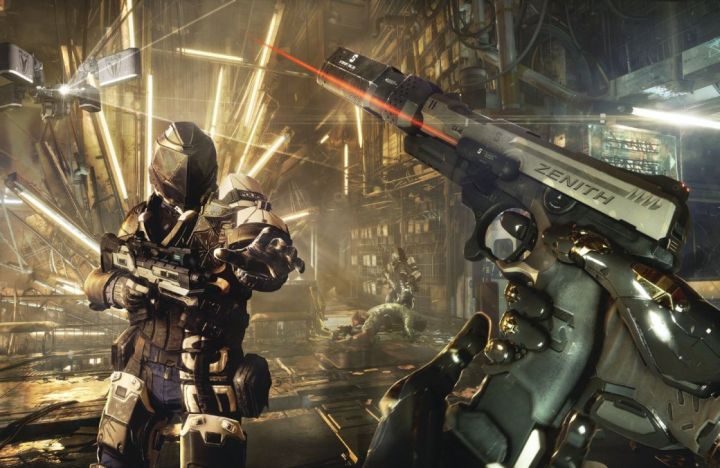 When a fan asked about the stealth-aspect of Mankind Divided, and mainly if the game would be ghostable (meaning it's possible to never be seen), Dugas responded that the entire game will be ghostable, including boss-fights.

As always and even on boss side, finally! “@DuBrowny: @Jeffachoo Will Mankind Divided by ghostable?"”

A hefty promise for sure, but if this is true, Mankind Divided will be a stealth-gamers' dream. To another fan, Dugas confirms that the conversation boss battles will return in Mankind Divided.

Alongside these, a lot more questions were answered. When asked about the development team, Dugas stated that the team is mostly the same as the development team of Mankind Divided's predecessor: Human Revolution. He also announced that the 'Give me Deus Ex' mode will return, and that it will be quite a challenge, except not as hard as the 1999 mode.

Deus Ex: Mankind Divided is currently in development and a release date hasn't been announced so far. The game will run on the new Dawn Engine and support DirextX 12 and AMD's new API, TressFX 3.0. Are you excited for Mankind Divided? Let us know.

Join the discussion on Deus Ex: Mankind Divided's stealth-aspect on the OC3D Forums.

WYP
I'm looking forward to this game soo much already.Quote

AverageNinja
Quote:
Aye, this game is showing so much promise already. I know it's bad to get all hyped up, but in this case I don't really care, I'm stoked!Quote

Merxe
You will be able to go through the game so unseen, you won't even be noticed by allied NPCs! By the time they ask you to complete the main mission, you will be already done.Quote