Destiny 2 will be supported until at least 2022, will be upgraded for Xbox Series X and PS5

The future of Destiny isn't Destiny 3

Destiny 2 will be supported until at least 2022, will be upgraded for Xbox Series X and PS5

Bungie has confirmed that Destiny 2 will have a long-term future, revealing expansion which will release in 2020, 2021 and 2022, confirming that the next generation of consoles will not herald the arrival of Destiny 3.

While Destiny 3 is not in the works, that doesn't mean that the Xbox Series X and PlayStation 5 will not receive a new version of Destiny 2. Both systems will receive an updated version of the game, with the game's "Beyond Light" expansion coming to Xbox Series X via Microsoft's Smart Delivery feature and to PlayStation 5 as a free upgrade for purchasers.

At this time, Bungie has not revealed Destiny 2's Xbox Series X and PlayStation 5 upgrades, though gamers should expect updated visuals, higher resolution visuals, and (hopefully) 60 FPS gameplay. If Stadia can run Destiny 2 as 60FPS, both next-generation consoles will.

Destiny 2 will also be coming to both PlayStation 5 and Xbox Series X next-generation consoles. In addition, purchases of Destiny 2: Beyond Light on Xbox One will transfer to Xbox Series X for free via Smart Delivery.

Purchases on PlayStation 4 will upgrade to PlayStation 5 for free. More details on this Destiny 2 for next generation will be announced in the coming months.

To support Destiny 2 long-term, Bungie plans to removed lesser-played content from the game periodically and add it to the "Destiny Content Vault" (DCV). This fall the first pieces of content to leave Destiny 2 will be the Mars, Io, Titan, Mercury and Leviathan locations and their "supported activities". Bungie plans to add to Destiny 2 new ways to earn the exotics present within these locations.

This is part of Destiny's transition into a "Live Service" gaming model. While this will be seen as a bad thing to many players, DCV content will be re-added to Destiny 2 periodically, including content from Destiny 1. Destiny's "Vault of Glass" raid will return in Destiny 2 Year 4 sometime in 2021.

With this announcement, Bungie has confirmed that Destiny 3 is not currently in the works. Destiny 2 will be supported until 2022, and the game may be supported for longer if the title can maintain a stable playerbase.

One problem with Destiny 2's long term support plans is that it may prevent Bungie from fully taking advantage of both the Xbox Series X and PlayStation 5 platforms, especially if the Xbox One and PS4 versions are being supported until 2022. Even so, a 60 FPS update for Destiny 2 will be a big deal on these platforms, making it a worthy upgrade regardless. 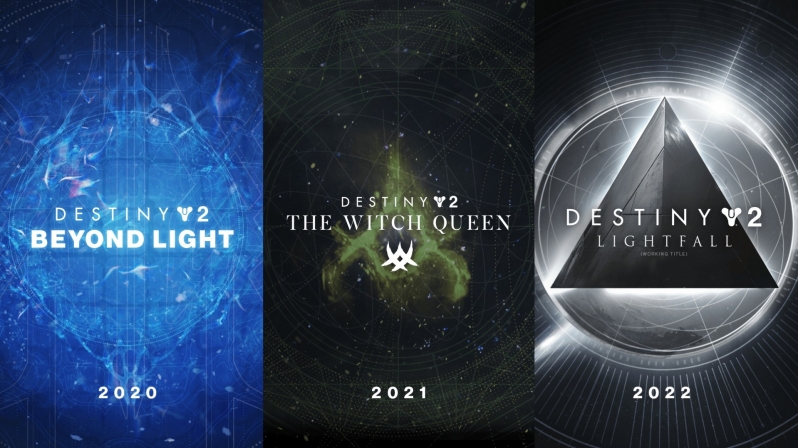 You can join the discussion on Bungie's plan to support Destiny 2 until 2022 on the OC3D Forums.

NeverBackDown
Oh this could work out well for them.

Though unsure of 60fps while they can certainly handle that it may create a competitive advantage for people who bought the new consoles. But either way, they will upset people whether they do it or not. I say just do it and go for 60fps. More and more people will end up buying next-gen consoles anyway so the problem only gets smaller over time.Quote

Warchild
Well bungie themselves called it Destiny 2.5 since content was promised to be substantial enough to be a sequel but they were not ready for such an expansive map just yet.

They need to make the content less stale though. So many have quit over the current season.Quote

Pr3d4t0r
destiny 2 needs to just end, it's terrible franchise driven by few hopeful people that still believe it'll get fixed. if they wanted to, it would've been fixed 3 dlc/xpacs agoQuote

trawetSluaP
Quote:
It's a great game before they apply the fixes, the core mechanics and feel are excellent.

I get that you don't like it (from the tone of your message) but there's an average of around 50,000 players on steam alone, sometimes much more.

With the reveals yesterday I'd say it's easy money that more players will be returning to the game.

I'm chuffed. The new season started yesterday and has been fun so far, and Beyond Light looks incredible!Quote
Reply