Dead or Alive 6 is set to land on PC this Friday, and Koei Tecmo Games has finally released the game's PC system requirements on Steam, where the title will be available exclusively on Windows. The game will also be available on Xbox One and PlayStation 4.
While the game boasts a "new graphics engine" and a "new level" of graphics for the series, Dead or Alive 6 cannot be called one of the best looking games out there.

Judging from the title's official PC system requirements, PC gamers may have a hard time running this title, especially if they have a lower-end processor, with Koei Tecmo recommending the use of an i7-8700 processor, a high-end Coffee Lake offering that can boost up to 4.6GHz under load. The game also recommends a staggering 16GB of system memory.

This feels like a punch in the face to PC gamers, as Dead or Alive's PC system requirements are either incredible inaccurate, which is not uncommon for Koei Tecmo, or that the game actually needs a high-end six-core processor to run well on PC. If the latter is true, calling the game unoptimised could be considered an understatement. 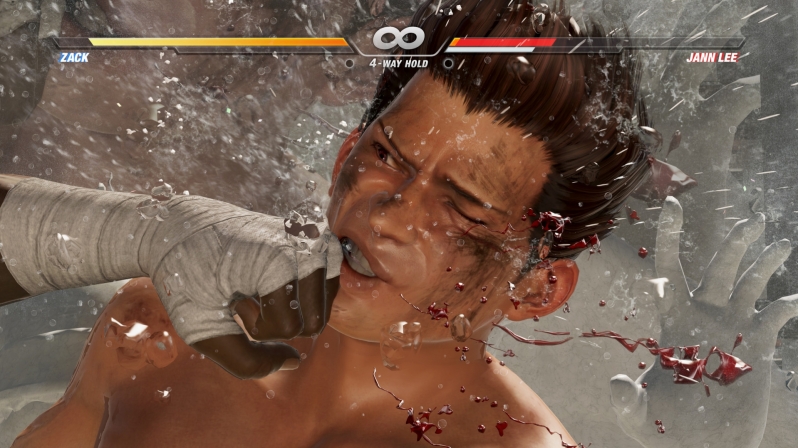 Thankfully, things are a little laxer on the GPU side of the equation, with the game supporting a minimum of a GTX 770 graphics cards while recommending a GTX 1060. Sadly, no AMD hardware requirements have been provided, both on the CPU and GPU side, with the developer offering no indication of how much VRAM players are expected to have.

Dead or Alive 6 will release on PC through Steam on March 1st.

You can join the discussion on Dead or Alive 6's PC system requirements on the OC3D Forums.

looz
Have to give full marks for that screenshot, magnificent.Quote

WYP
Quote:
It's always great to find an image that feels completely appropriate.Quote

AlienALX
I prefer the boobies. Does it still have the big bouncy ones in it?Quote

Warchild
Quote:
apparently its being blocked by Sony and their new policy, so if you want the full package. Buy it on PC/Xbox, not playstation

Sony cleaning up their act and disappointing all the teens going through changes. hahaQuote

AlienALX
Quote:
Noted. I would probably get a key on PC as it's the cheapest method