Those outside of E3 were only able to see gameplay of Cyberpunk 2077 in late August, when CD Projekt Red released their first gameplay video for the title. This gameplay video is available to view here.

At E3 2019, a newer version of Cyberpunk 2077 should be available to attendees, with it being possible that the game will finally receive a release date at the event. We are also likely to receive new trailers and gameplay footage for the game, possibly at Microsoft's E3 Press Conference. Sony has confirmed that they will not be attending E3 2019.

Cyberpunk 2077 is a first-person RPG, which is set in a singular open world that is designed to be traversable without any loading screens, with the demo showcasing large crowds of detailed NPCs, showcasing a level of graphical fidelity that moves far beyond what is available in The Witcher 3. The game world can be explored on foot and in vehicles like cars and motorcycles.

Players will assume the role of V, who will be able to interact with the world using a Witcher-like dialogue system, where several branching choices will be available. The game itself will be built using the REDengine4, which was purpose-built by CD Projekt Red to create high-end RPGs on both PC and console platforms. 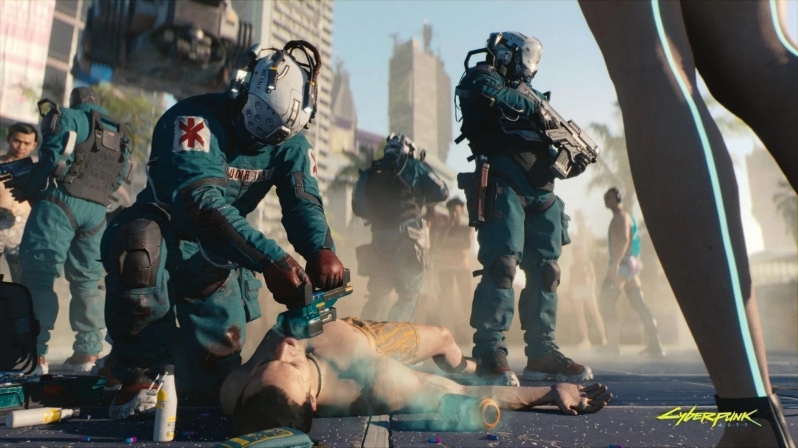 Right now a late 2019/2020 release is expected for Cyberpunk 2077, as developers are starting to steer clear of showcasing "in development" builds of future games due to fears of downgrade accusations later down the line, which were common for early PS4/Xbox One titles.

Cyberpunk 2077 is expected to release on both current-generation and next-generation console platforms, as well as PC. Earlier this week, we confirmed that Cyberpunk 2077 would not be exclusive to any PC gaming storefront, such as Steam, GOG or the Epic Games Store.

You can join the discussion on Cyberpunk 2077 being presented at E3 2019 on the OC3D Forums.