This free comic offer will not be available with Cyberpunk 2077 on other storefronts, such as Steam and the Epic Games Store. This allows Cyberpunk 2077's Big City Dream comic to act as an exclusive draw to the CD Projekt Red's preferred PC storefront. For those who are unaware, CD Projekt group owns GOG, giving the CD Projekt Group a profit incentive for pushing as many PC gamers to their storefront as possible.

The comic was created by CD Projekt Red's Bartosz Sztybor and will contain artwork from Filipe Andrade and Alessio Fioriniello. At this time there are no plans to produce a physical version of this exclusive comic. Cyberpunk 2077: Big City Dreams will be available exclusively in English.

Cyberpunk 2077 is due to release on PC, Xbox One, Stadia, and PlayStation 4 on November 19th. 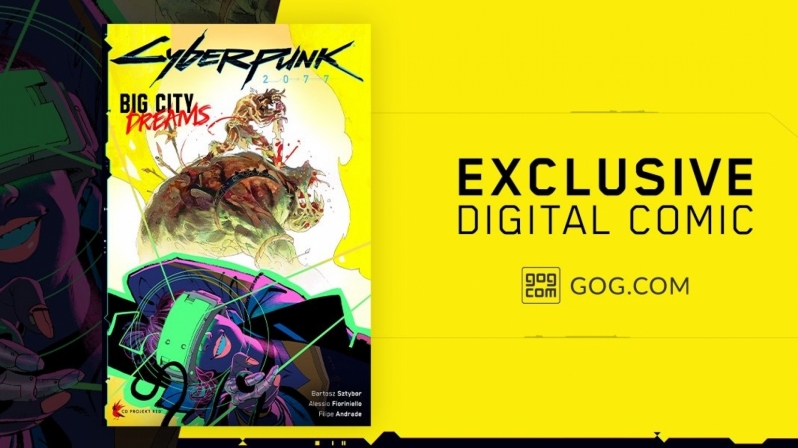 You can join the discussion on Cyberpunk 2077 pre-orders coming with an exclusive comic on GOG on the OC3D Forums.

NeverBackDown
They support the major online stores and simply and kindly asked people jumped buy it on GOG. This is just a reward for doing that. I actually think a comic is pretty cool. Definitely unique and at least it's not an exclusive dlc

That said this will be all over the internet within a day of launch. So not a big deal.Quote

looz
It's a digital comic, so it is DownLoadable Content.

AlienALX
Not pre ordering. Sick of getting burned. Knowing my luck I'll pre order and it will be cancelled until next year.

Getting stuck into my massive back catalogue atm. Been playing SOTTR all day.Quote

KingNosser
I won't preorder, but the game has gone gold so it's a sure thing the 19th will hold.Quote


i normaly do not pre-order, CP 2077 is the first thing i pre-orderd this year, but this is special for me.