Crysis Remastered's PC version is a disappointment - Here's why

From performance woes to missing content, Crysis Remastered isn't what we expected

Crysis Remastered's PC version is a disappointment - Here's why

Crysis is a PC gaming classic, and its remaster has fans of the franchise excited. Crytek promised a remaster which will bring new technologies to the forefront, delivering Crysis on all modern gaming platforms with new features and higher levels of graphical fidelity.

Yesterday, we purchased Crysis Remastered and played through the entirety of the game's campaign, and to summarise this playthrough we have only one thing to say; we're disappointed.

As hardcore Crysis fans, having to write this article is painful. We love the franchise, and we think that Crysis Remastered is just as enjoyable as the original. That said, Crysis Remastered has major technical issues and excludes content which was available within PC's original release of Crysis.

Crysis Remastered has ten levels. If you played the PS3/Xbox 360 console editions of Crysis, you would think this as the game's correct level count. However, if you played Crysis on PC, you will notice that one level is absent from this remaster.

Crysis' Mission 10, Ascension, is missing from Crysis Remastered. This mission saw Nomad fly a VTOL aircraft across a large area, protecting allies while travelling to a US aircraft carrier. This mission is one of the most CPU intensive sections of Crysis, a factor which has seen this mission cut from all console releases of the game. Now, this mission has been cut from the game's PC remaster.

Several other features of PC's original version of Crysis are also absent, such as the ability to save the game whenever you want and load that save directly. Now, Crysis only features checkpoints and the ability to load missions from their beginning. You can no longer replay specific parts of missions whenever you want. While this isn't a major issue, it's another minor annoyance that partially spoils Crysis Remastered. 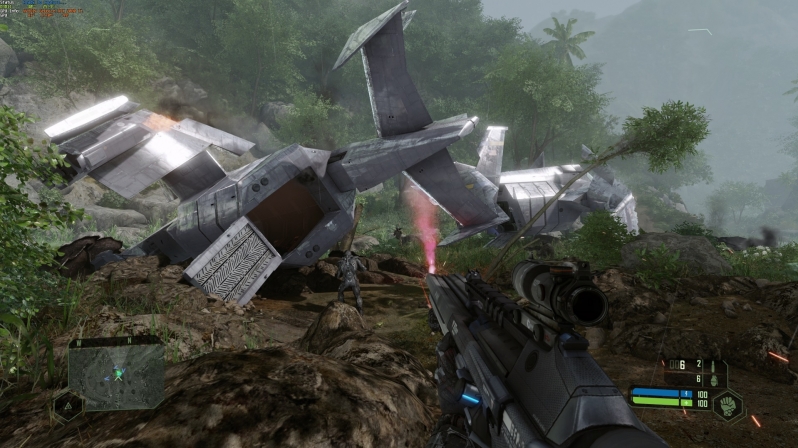 Even today, Crysis' original release is a challenging game to play at a locked 60+ FPS framerate. Graphics cards have improved by leaps and bounds over what was available in 2007, but the same cannot be said for CPUs.

Crysis was created when multi-core x86 processors were in their infancy. Dual-core processors were available, but the gaming market was still focused on single-threaded performance. Developers expected CPU clock speeds to continue rising, making 8+GHz CPUs a possibility. Crysis was developed with single-core performance in mind, making 60+ FPS Crysis a difficult task, even on modern gaming systems.

With Crysis Remastered, Crysis remains heavily CPU limited. This fact is especially true when using the game's higher graphical settings. With a Ryzen 9 3950X processor, we could not maintain a stable 60+ FPS framerate when using the game's High preset at 1080p on an RTX 2080 Ti graphics card. The game appeared to make no real use of more than four cores, wasting the potential of modern gaming systems.

While Crysis' Low and Medium presets can deliver stronger CPU performance, it is disappointing that Crysis' Remaster didn't solve the game's most notable performance challenges. If anything, Crysis Remastered is more CPU limited than the original, as all of the game's advanced settings only serve to make the game more CPU limited.

Perhaps Crytek should have invested in a modern graphical API like DirectX 12 or Vulkan, rather than modify DirectX 11 to add Vulkan ray tracing extensions to enable hardware-accelerated raytracing.

Thanks to the game's CPU-based limitations, the game can frequently stutter, experience very low sustained framerates in some areas and prevent gamers from getting the most out of modern graphics cards.

Crysis was an incredibly demanding title, but with that game, it was clear why the game was a demanding as it was. It was beautiful, delivering visuals which were ahead of its time. With Crysis Remastered, the game feels needlessly demanding on the CPU-side, and that's incredibly disappointing.

We will investigate Crysis Remastered's CPU performance further in our full performance review for the game. This will include tips which will help deliver better performance levels across a range of systems. 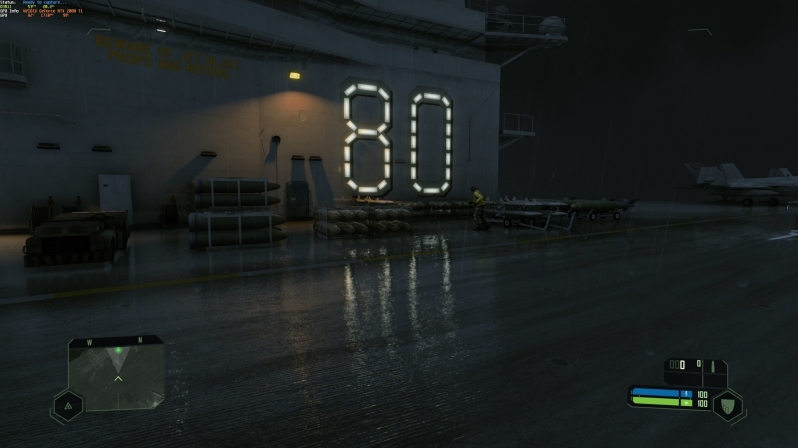 We plan to release a full performance analysis/optimisation guide of Crysis Remastered soon. Here you can expect a fuller rundown on the game's performance and how to get higher framerates from your system when playing this remaster.

As it stands, Crysis remains an incredibly enjoyable experience, but Crysis Remastered has fallen short of our expectations.

You can join the discussion on Crysis Remastered's disappointing PC version on the OC3D Forums.

AlienALX
Pah you lot and your negativity

Nah actually I agree it's a bit of a farce. They've remastered the Xbox 360 version for some strange reason.

MiNo
Perhaps they botched the performance on purpose in an attempt to reignite the can it run Crysis thing. This, however, just makes them look like idiots at best and idiot marketing driven at worst.Quote

kardeon
I am glad you wrote this article and i do understand your frustration. We are all in the same case.
I sent a message to Cryrek to talk about this issue.i hope i won't be the only one.

With SMT off, 8 cores are used and my gaming experience is very good.
However there is 1 core always above 90%
So in somes scenarios, i am "cpu bottleneck".
But most of the time, framerate is above 60/70fps without stutter.

Actually, Hunt showdown is the only game made by Crytek that is well "cpu optimised".
Crytek has spent a lot of time over the last 2 years to optimize Hunt Showdown. And honestly, the result is very good.


Forgive my bad english. i did my best.Quote

ImprovizoR
There's really no excuse for cut content. Even though most people didn't like that mission, it's a part of the original game and should stay a part of the game. It's also false advertisement by omission. They should have told people about it beforehand and they know it.

As for performance, the game will probably receive a patch or two. DLSS support is supposed to come as one of the updates.Quote
Reply