Creality's Ender 3 series of 3D printers are amongst the most popular on the market, offering users a capable 3D printer and an incredibly affordable price point.

3rd party upgrades for Creality's Ender 3 series are available from a variety of sources, but in recent months, Creality has started to offer their users an official upgrade path for their 3D printers. Now, those who want a Direct Drive extruder for their Ender 3 can purchase one from Creality, with upgrade kits costing £25.45.

With Creality's option, users are offered a level of compatibility that only in-house manufacturing/design can provide, offering users an easy upgrade path and all of the instructions that they need to upgrade their printers. Creality has also created a short video guide for those who wish to upgrade their Ender 3/Ender 3 Pro printers, which is available at the bottom of this article.

Creality's Direct Drive upgrade comes with all the tools that buyers need to upgrade their Ender 3 printer. The kit also concludes a new nozzle, a stepper motor and all of the cables that you need. You won't need to re-use your existing stepper motor or hot-end with this kit. Creality has made the upgrade process as simple as possible with this kit, which is great news for Ender 3 users. 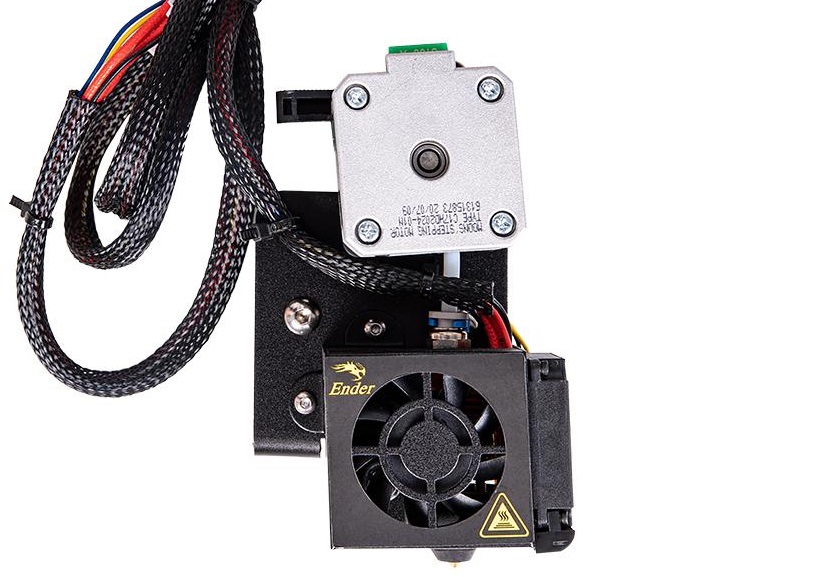 You can join the discussion on Creality's official Ender 3 Direct Drive Extruder upgrade kit on the OC3D Forums.

Warchild
Not sure I like the design to be honest.

This extra add weight is not one solid block, the wobble created is likely to create some unwanted misprints or lines. Can't see this being as accurate on the X and Y axis in comparison to the top end direct drives like this one.

WYP
Quote:
Yeah, but that's the difference between a basic, cost-effective upgrade and a very expensive premium part that's designed for the CR series as much as it is for the Ender series.

That one there is about three times the cost of this one at a minimum. Micro Swiss do great work, but this one is cost-effective like the Ender 3 itself.Quote

Warchild
Quote:
Yeah completely understand that. What I was trying to emphasise here is that for the Ender3, performance wise I think bowden would remain better. Looking at their DD solution, it just doesnt look as sturdy as I would like.Quote
Reply