AI and Neural Networks will be a gamechanger for high-resolution texture mods.

1993's DOOM is undoubtedly a PC gaming classic, holding a place in the hearts of gamers over 25 years after the game's launch. Graphically, DOOM was a showstopper in its heyday, so much so that it took several console generations before the game was delivered outside of PC in its full glory.

While DOOM's graphics have undoubtedly aged since 1993, DOOM's pixel art style has allowed it to age better than most early 3D titles, but that doesn't mean that the game couldn't use a good graphical overhaul, an effort that has now been completed by modders though the use of AI/Deep Learning.

Modding DOOM's texture files wasn't easy, as the process is a little more complex than running the files through the AI and releasing a WAD file. hidfan needed to upscale each texture to 8x, to later downscale the image to 2x to deliver the pixel art look that DOOM is known for. All textures also needed to be cleaned up to hide AI artefacts and restore their original colouration and transparencies. Even so, this process took a lot less time and effort than making all-new textures from scratch.

Below is an example of what was achieved through AI upscaling and the efforts of hidfan, maintaining the feel of DOOM's original artwork while offering a staggering increase in detail. 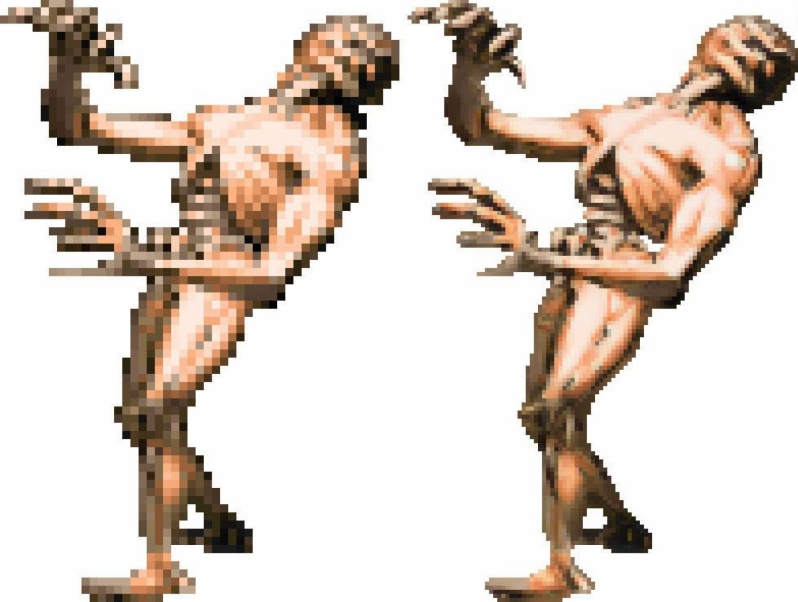 hidfan's DOOM Neural Upgrade X2 pack is now available on the Doomworld forums, as a 94MB download from Google Drive. These files, and installation instructions, are available to download here.

Moving forward, AI is likely to transform the world of modding, at least in the world of graphical mods and the creation of high-resolution texture packs. It will also be interesting to see if any developers use the same approach when creating future HD game remasters.

You can join the discussion on DOOM's AI-powered graphical enhancements on the OC3D Forums.