Cinebench R20 is now available as a Standalone Download

You can finally download Cinebench R20 without the Microsoft Store

Cinebench R20 is now available as a Standalone Download

When Maxon released Cinebench R20 earlier this month, the application was only available for Windows via the Microsoft Store. This was unlike all prior versions of Cinebench R20, which were available as standalone downloads on Maxon's website and was a move which many fans of the tool disliked.

Before now, the lack of a standalone download option for Cinebench R20 was a big point of contention amongst PC enthusiasts, especially after the Maxon removed standalone, albeit illegitimate, Cinebench R20 downloads from several tech sites through legal notices. 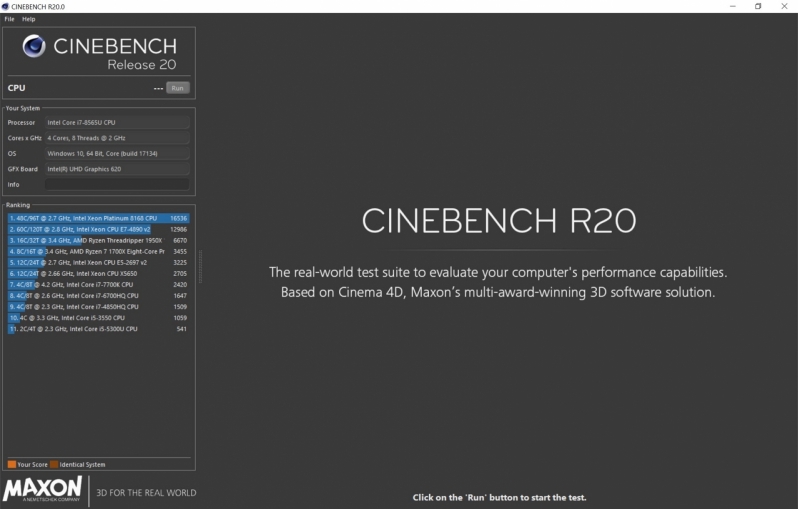 Did Maxon release a standalone version of Cinebench R20 to appease angered PC enthusiasts? No. What's more likely is that the company opted to save on bandwidth costs by releasing the benchmark on the Windows 10 Store initially, as the company knew that the release of a new benchmarking tool would result in huge increases in web traffic from PC builders worldwide.

Releasing a standalone version of Cinebench R20 is a positive move from Maxon, as it enables PC builders to install the program without an internet connection, which is great news for users of newly built PCs.

If you plan on trying out Cinebench R20 please feel free to join us on the OC3D Forums to add your scores to our official Cinebench R20 benchmarking leaderboard.

You can join the discussion on Cinebench R20 releasing as a standalone application on the OC3D Forums.