CDPR has new rights, and Sapkowski, probably, has more money.

Andrzej Sapkowski's The Witcher series has proven to be a major hit, with Netflix' The Witcher TV series, CD Projekt Red's video game series and Sapkowski's original novel series proving popular both inside and outside of Poland.

When Sapkowski sold the videogame rights for The Witcher to CD Projekt Red, the writer never imagined the success the series would find worldwide, especially with 2015's The Witcher 3. He sold the rights to the series with a lump sum payment, believing that a percentage based deal with ongoing royalty payments.

In an interview with Eurogamer, Andrzej Sapkowski, the creator of The Witcher book series, admitted that selling these rights without a profit-sharing agreement was a mistake, going so far as to call his actions "stupid". At the time he thought that there would be no profits in a Witcher video game, leading him to sell the rights for a lump sum, instead of a long-term profit-sharing arrangement.

In 2018, Sapkowski demanded additional payments, citing article 44 of Poland's copyright law, which can have Poland's courts examine agreements for "gross discrepancy" between the author's benefits and the acquirer's benefits. In early 2019, it seemed like Sapkowski and CD Project Red were close to a new agreement.

From the sound of things, Sapkowski will receive royalties from CD Projekt's The Witcher games, and CD Projekt will be able to create more Witcher content with new, but unknown, rights. The agreement also confirms CD Projekt's right to “The Witcher” intellectual property in video games, graphic novels, board games, and merchandise. 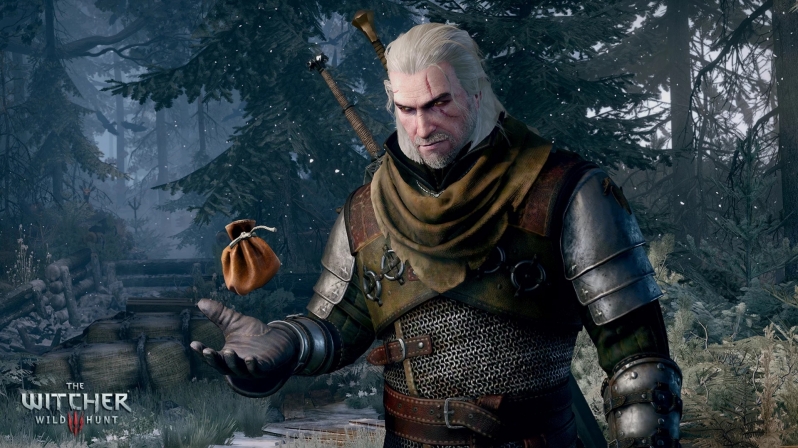 CD Projekt making this deal confirms that the company has plans to create new The Witcher content in the future, making "The Witcher 4" seem likely for next-generation console platforms. Only time will tell how long it will be before we see new games in The Witcher series.

You can join the discussion on CD Projekt forging a new deal with The Witcher's author Andrzej Sapkowski on the OC3D Forums.

NeverBackDown
He didn't deserve more money. But is what it isQuote

WYP
Quote:
Agreed, but you can't deny that the author made an excellent universe for some RPG action. CD Project are great storytellers, but their biggest games aren't using universes that they created.


Quote:
That's debatable, and legally speaking, Polish Copyright law gave him the ability to have courts look at the old agreement. He was well within his rights to say the deal became unfair.

Was he a fool to create the old dead? Yes. Is he making more money from his books (and Netflix) because of CD Project's Success? Yes. Should he ask for more money from the videogames because he got an unfair deal? I don't know.

With article 44 of Poland's Copyright laws, he was legally allowed to have a court reexamine their contract. While it is true that CD Project Red created this "gross discrepancy" due to their own success, it is what it is.

"In the event of a gross discrepancy between the remuneration of the author and the benefits of the acquirer of author's economic rights or the licensee, the author may request that the court should duly increase his remuneration."

Ultimately, both sides have agreed and CD Project seems to have more freedom while Sapkowski has a better deal. Everybody wins.

I just think that people are underselling how much the creation of a solid universe impacts a big RPG like The Witcher. There's a reason why Cyberpunk is based on an existing IP with a lot of pre-done worldbuilding.Quote

NeverBackDown
Don't really care what the law says though. He's benefiting from someone else's success. It's basically saying hey you earned more money than me. I'm taking you to court to get even. Don't care if it's legal or not. It's called business and if you make a bad mistake you shouldn't have a cop out to bail you out.

I've read all the books I don't underestimate it at all but I think you're underestimating how much work CDPR went through to fill out his world. Yes it was based off something but it's no where near as detailed as the games are. They brought the world around the story alive and MADE UP plenty of missions/sidequest that have nothing to do with what has been written.Quote

ImprovizoR
Quote:
It's mutual. New deal is a good thing for gamers. Sapkowski could have sold the rights to someone like EA or Bethesda.

The remarkable thing about the games is that they are written way better than the books. I like the books, but I don't harbor any illusions about them being more than average.Quote
Reply