Borderlands 3 is coming to Steam next month

Borderlands 3 is coming to Steam next month

Gearbox Software and 2K Games have confirmed that Borderlands 3 is coming to Steam on March 13th, ending the game's exclusivity period on the Epic Games Store.

At this time, Borderland 3 is not available to pre-order on Steam. Our guess is that Borderlands 3 won't have Steam pre-orders, but it will simply become available for purchase on March 13th. 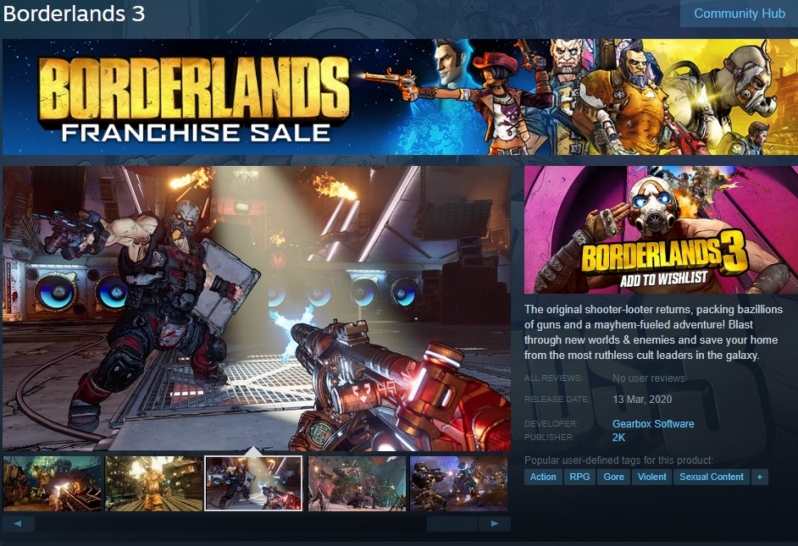 You can join the discussion on Borderlands 3 being available on Steam next month on the OC3D Forums.