'A PC with the following specifications is strongly recommended'

EA and Bioware have officially opened up their signups page for Anthem's upcoming Alpha test, which is due to take place between December 8th and December 9th.

This test will be conducted on a small scale, which means that signups do not guarantee selections, though players can participate in the test on PC, PS4 and Xbox One. As an early alpha, players will be forced to sign an NDA, which will prevent players from recording, streaming or discussing the alpha, though the signup process has revealed some interesting info for the game's PC versions.

As soon as you start the Anthem PC Alpha survey, prospective PC testers will be given PC system requirements for the title, hardware that is "strongly recommended", implying that these are beta versions of the game's recommended system requirements, not minimums like other sites have suggested.

These system requirements are not final, as there is plenty of room for Bioware/EA to optimise Anthem before the game launches on February 22nd 2019. 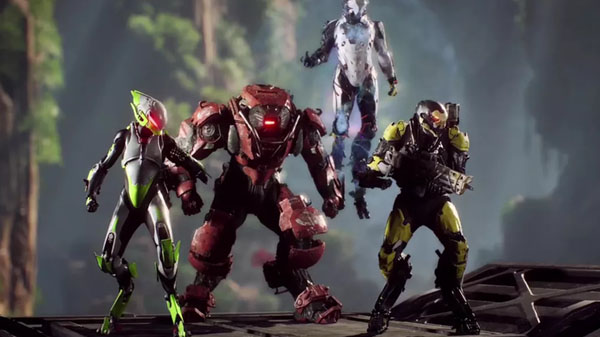 Below are the "strongly recommended" system requirements for Anthem's Alpha build.

On February 1st, 2019 those who have pre-ordered Anthem (or subscribe to EA/Origin Access) will be able to access the game's free demo, with early access to the full game coming on February 15th to Origin Access Premier subscribers on PC. The final game will release on February 22nd.

You can join the discussion on Anthem's Alpha and early PC system requirements on the OC3D Forums.