Will this be a new Fallout game, or a remaster?

Bethesda Game Studios, the developer behind Fallout 3 and Fallout 4, has begun to tease an upcoming Fallout announcement, asking users to "please stand by" with a gif of the series' well-known test pattern screen.

At this time nothing is known about the project, whether it is a remaster of Fallout 3 or New Vegas, a Fallout 4 port for the Nintendo Switch or a new game within the Fallout series. Will it be a New Vega-like spin-off for Fallout 4?

Right now Blizzard is streaming the image below on Twitch, asking viewers to "Please Stand By", though at this time it is unknown if anything else will be shown on the stream aside from a Vault Boy and a familiar test pattern. 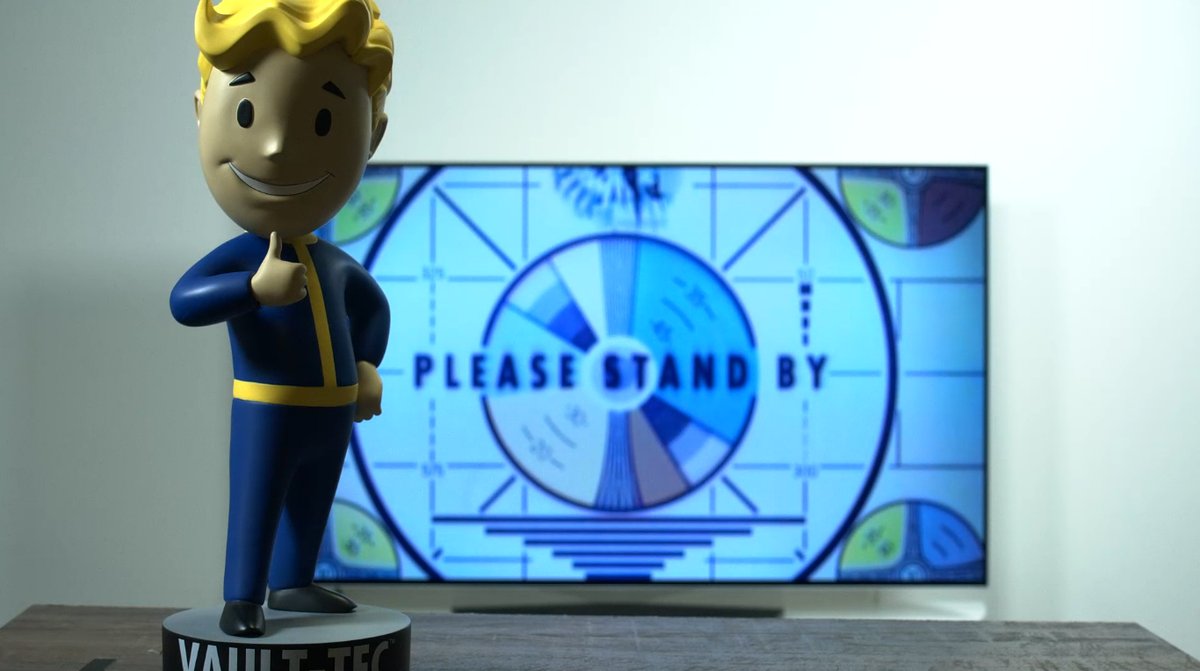 One thing that is worth pointing out is that October 28th will mark the ten-year anniversary of Fallout 3, an almost ideal date for the release of a remaster.

You can join the discussion on Bethesda's tease of an upcoming Fallout Project on the OC3D Forums.

AlienALX
As I said in QN look at the stand by pic. It has colour in it, something I've never seen before. This, IMO indicates a remake or rework or whatever they want to call it.Quote

SPS
Quote:
That's why it looks weird.. I didn't even realise lol.Quote

AlienALX
Fallout 76. WTF? and a video up with a song about West Virginia. Very strange !Quote

SPS
Quote:
Some interesting comments about it here.
https://www.reddit.com/r/gaming/comm...easer_trailer/Quote
Reply