Bethesda has reportedly removed their Denuvo DRM from DOOM as part of the game's most recent patch, making game files more accessible to modders and general users. This has not been confirmed by Bethesda themselves but has been verified by several game modders who analysed the game's latest patch.
In recent months there has been a lot of talk about Denuvo's DRM/Anti-Tampering technology, which is designed to prevent games from being pirated close to launch. Denuvo is easily the most well-known provider of DRM on the market, with their anti-tampering technology being used in AAA games like Rise of the Tomb Raider and Just Cause 3 to smaller indie games like Inside.

Denuvo is intended to prevent games from being cracked close to launch, with the DRM losing all of its usefulness after a game has been successfully cracked/pirated. This recent trend of removing Denuvo's DRM after a game's early sales period allows the developers and publishers to regain some consumer trust, especially from those who are anti-DRM, while allowing the DRM to protect their game from Piracy during its highest sales period. 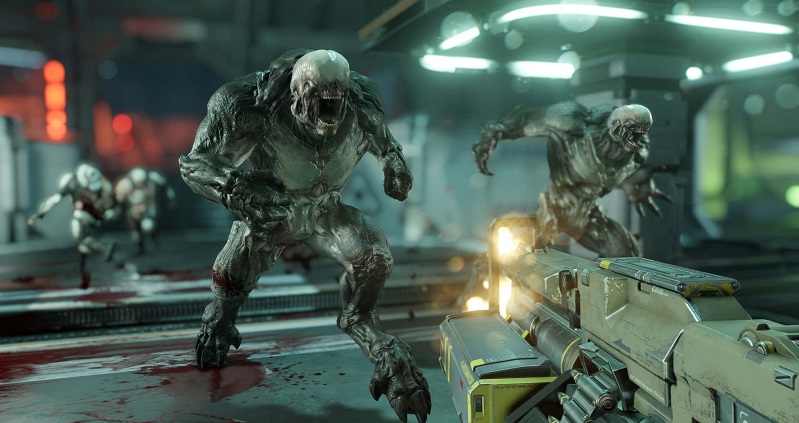 In DOOM's new free content update, a new mode called Infernal Run is added to the game's multiplayer as well as the ability to play multiplayer with bots. Full patch notes can be read below.

The removal of Denuvo from the Steam version of Inside cannot be seen as anything but a positive move from Bethesda, as the game has been cracked and the removal of the game's DRM will allow it to be sold on storefronts like GOG in the future if the developers wish.

At this point, Denuvo serves no purpose in the game and its removal will secure some sales from those who are anti-DRM and boycott titles which utilise the technology.

You can join the discussion on Bethesda reportedly removing Denuvo from DOOM 2016 on the OC3D Forums.

Dicehunter
A before and after benchmark run would be quite interesting to see if this DRM's removal had any effect on performance.Quote

SuB
Quote:
With my knowledge (however limited, though at least at the industry level) of Denuvo, would be that there will likely be very little difference in performance. But I am interested to know, all the same. The trouble is, you could quantify any 'small' difference just by the patch itself, so it would be difficult to accurately gauge.Quote

Kushiro
It would be very unlikely to say the least that Denuvo would have impacted the games performance. That is assuming of course it was implemented properly.Quote

WYP
Quote:
Quote:
It would be something that would be very interesting to look at, though it is difficult to create an in-game benchmark run that will be that accurate and to be 100% sure that the performance difference was Denuvo or other changes in the patch.Quote

Warchild
Does Denuvo actually cause an impact on performance?