QuakeCon 2018 is set to take place between August 9th and 12th, giving Bethesda the perfect opportunity to showcase their upcoming game releases. Today, the publisher has released details about the event's activities, which include esports tournaments, gameplay reveals and Q&A panels for forthcoming releases like Fallout 76.

DOOM ETERNAL, the highly anticipated sequel to DOOM (2016) will have its official gameplay reveal at QuakeCon on August 10th, showcasing what id software can now do using their id Tech 6 engine, which was one of the first game engines to make use of the Vulkan API on the PC platform. DOOM 2016 is widely known for its spectacular visuals and solid framerates on all platforms, playing at 60 FPS on both PS4 and Xbox One while pushing the graphical envelope in certain areas. It will be interesting to see how DOOM has evolved.

Bethesda will also update gamers on the development of Quake Champions, their competitive online multiplayer game, with several tournaments with have a combined prize pool of $175,000. Panels on DOOM ETERNAL, RAGE 2, Prey and Quake Champions will also be at the event, giving gamers an opportunity to speak directly to Bethesda developers.

Friday, August 10th @ 11am CT – QuakeCon’s Keynote Address returns, with updates planned for Quake Champions, RAGE 2, The Elder Scrolls Online, and, of course, the bone-shaking gameplay reveal of DOOM Eternal with Marty Stratton and Hugo Martin from id Software. Fans who can’t make it – and you really should! – can watch the keynote live online at https://www.twitch.tv/bethesda.

Saturday, August 11 @ 11am CT – Todd Howard and others from Bethesda Game Studios will take fans through a deeper dive into character systems and Perks coming in Fallout 76, followed by a Q&A with the team to address fans’ most pressing questions. Can’t make it? That’s a mistake… but you can still watch online at https://mixer.com/bethesda or https://www.twitch.tv/bethesda.

Thursday, August 9 – Friday, August 10 – The Elder Scrolls: Legends Masters Series qualifiers are underway and set to culminate with two days of competition and finals at QuakeCon. Sixteen of the best Legends players in the world will convene at the Gaylord Texan Resort and Convention Center to battle for their share of a $50,000 prize pool. The entire tournament can be watched online at https://www.twitch.tv/teslegends.

Friday, August 10 – Sunday, August 12 – The next Major event for Quake Champions will take place at QuakeCon 2018. The QuakeCon Open will bring some of the best esports players in the world to battle it out in 2v2 for their share of a $175,000 prize pool. And, as a bonus – players from the top eight 2v2 teams will move on to compete solo in a 1v1, winner-take-all Duel showdown for a shot at ultimate glory and $25,000. Be there to cheer and boo in person, or, if you can’t, watch online at https://www.twitch.tv/quake.

This year’s QuakeCon will see the return of official and community-run panels, including inside looks and discussions with Bethesda developers about games like DOOM Eternal, RAGE 2, Quake Champions and Prey. The panel schedule and details will be revealed alongside the full list of activities prior to QuakeCon. 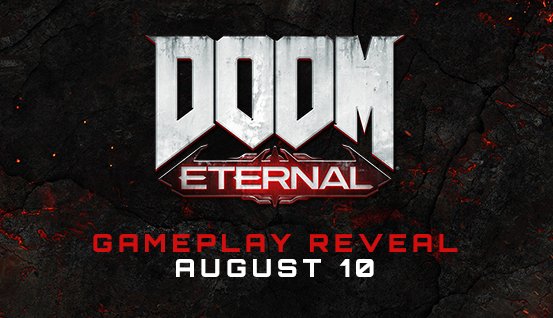 You can join the discussion on QuakeCon 2018 and Bethesda's planned DOOM ETERNAL gameplay reveal on the OC3D Forums.