Bethesda has been ranked as Metacritic's top game publisher

Bethesda has been ranked as Metacritic's top game publisher

Bethesda had a hugely successful 2017, releasing a total of 12 "distinct titles" with an average Metacritic score of 79.9, an increase of 6.2 year-over-year.

This review bump is enough to class Bethesda as a "Major Publisher", while EA has been lowered to a "mid-sized publisher" with only 11 distinct titles. Bethesda's efforts have also given them the title of number 1 publisher on the platform, offering the highest average review score on the review aggregation platform.

It says a lot about Bethesda when they can offer a higher review average and minimum than Nintendo, especially after the release of Legend of Zelda: Breath of the Wild, Super Mario Odessey and other highly popular titles.

In the past year, Bethesda has released a large number of popular titles, such as Wolfenstein II: The New Colossus, Prey, The Evil Within 2 and several additions to The Elder Scrolls series. 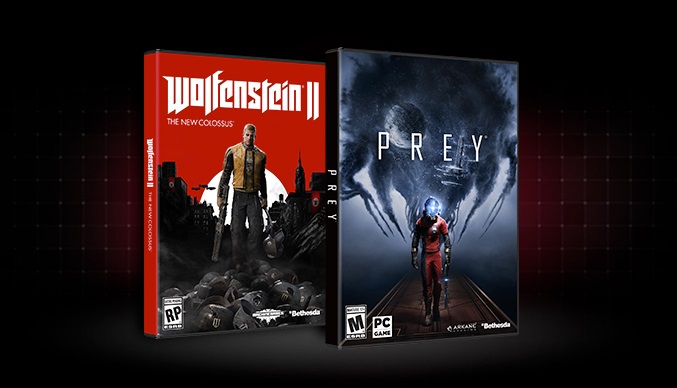 In 2017 Bethesda's worst overall release was DOOM VFR, the VR only iteration of DOOM, which achieves an average Metacritic score of 69, which isn't that bad when considering the fact that EA's average is score 73.2.

You can join the discussion on Bethesda's successful 2017 on the OC3D Forums.

AlienALX
I fell out of love with them about 3 years after FO3 released. What they did to Obsidian was pure, 100% helma cheese. Then their continual lawsuits.. Yeah..

Wolf 2 was crap. I have absolutely no idea how it reviewed so well. Maybe they were all high? god knows. Not played Prey yet tbh. Well I did once start it, but it seemed a bit strange so I stopped playing. I may revisit it one day though

Not into most of their other stuff either. Only Fallout 4 and the Fallout series. Though I gotta be honest and say all three of the games in the series are permanently in my top 10 forever. Fallout 3 is number one, too, and it would take something truly miraculous to break that. However, like I say they have lost a lot of sheen with me since then and Fallout 4 is not even a small patch on Fallout 3. Maybe they should have concentrated harder on the game and not going around slapping every one that comes within 2000 miles of them with lawsuits.Quote

Warchild
Quote:
Well Wolfenstein 2 has been a big hit by people on these forums so maybe there is merit to it being a good game.Quote

AlienALX
Quote:
haha no it hasn't. I recall several members saying the same as me. IE - it's 90% bull and 10% s**t. What I mean is you watch a 20 minute cut scene, then get about 5 minutes of actual gun play and gameplay before it goes into some more waffle.

The loading times suck, and there is barely any action at all. The complete reverse of the first one. It's boring, basically.Quote

Bartacus
Wolf2 is awful. More cut scenes than game play, overly heavy handed plot, just awful. It's like the game devs tried to make an overly dramatic movie instead of a fun shooter. They lost the essence of what Wolfenstein was with all their B.S. drama scenes. Total waste of money!Quote

AlienALX
Quote:
hahaha I tell you what it reminds me of? afternoon TV in the USA. Total drama, aimed at bored housewives.