After a short delay, Battlefield V's Chapter 1: Overture update is available now, offering owners of the game on all platforms new content for the game's single-player and multiplayer modes.

PC gamers who utilise Nvidia's RTX graphics tech will also be pleased to know that the game's DXR Raytracing will receive a huge performance boost with this update when used with Nvidia's latest drivers. PC players will also benefit from tweaks to the game's TAA which will reduce the blurriness of vegetation.

This update delivers gamers access to Battlefield V's fourth and final War Story, which is titled "The Last Tiger", following a German Tank crew towards the end of the war, where defeat is all but certain.

Practice mode has also arrived in Battlefield V, giving newcomers an opportunity to brush up on their gaming skills before battling other players online. The game's new Panzerstorm multiplayer map will also allow players to take part in World War II's first large-scale tank battle, which featured more tanks than any previous battle. 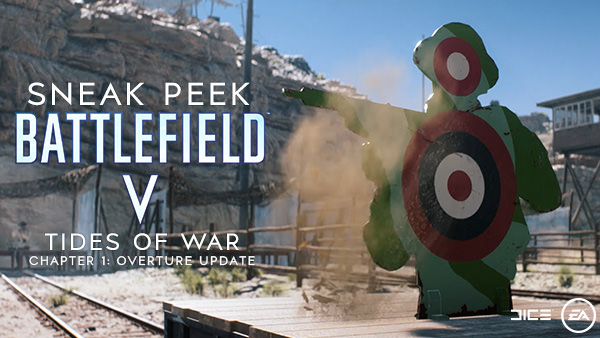 With the release of this update, gamers on all platforms will benefit from bug fixes and balance changes. Full release notes for the Battlefield V Chapter 1: Overture update are available to read here. The update will download and install automatically on all platforms, be it PlayStation 4, Xbox One or Windows PC (via EA Origin).

You can join the discussion on Battlefield V's Chapter 1: Overture Update on the OC3D Forums.