Did EA's prioritisation of single player over Battle Royale harm the game's sales?

In their Q3 2018 report, Electronic Arts confirmed that Battlefield V sold over 7.3 million copies during the quarter, noting that these sales were below the company's expectations for the title, which sat at 8.3 million sales.

Moving forward EA plans to promote further sales of Battlefield V with the introduction of Firestorm in March and the addition of other "live services" content over the coming weeks. 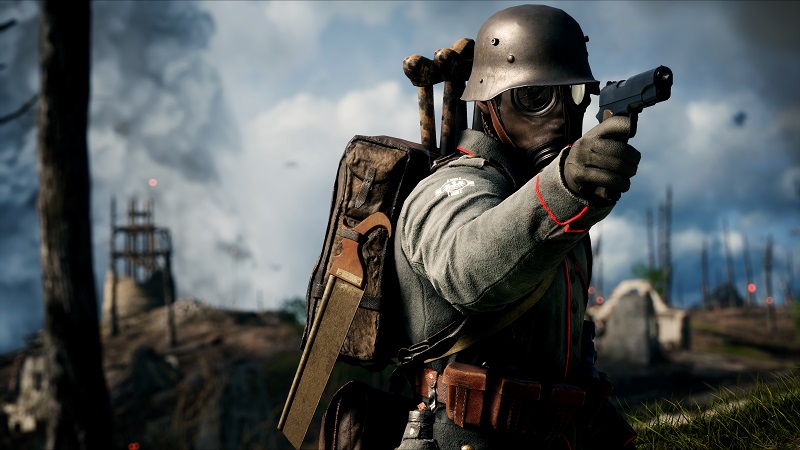 Regardless, Battlefield V's 7.3 million sales are hard to consider as a failure, making it possible that EA's expectations were simply too high for the series. In time EA is likely to reach this sales target thanks to the incoming launch of the game's FireStorm Battle Royale mode and the addition of other new content with future patches.

You can join the discussion on Battlefield V's sales failing to meet EA's expectation on the OC3D Forums.

WillSK
I really don't understand the hate for BFV.

Yes there are some bugs which definitely need fixing but imo this game is far far superior to the awful game that was BF1 and let's not even talk about Hardline...

I've been really enjoying it and the tides of war challenges keep me coming back to earn a free weapon unlock etc.Quote

RTX is why it did not sell, as they focussed too much on that and 99% of their buyers don't have it.Quote

tgrech
RTX has little to do with BFVs sales, most pre-orders went in many months before RTX was even a known thing with this title, RTX was shoehorned in fairly late likely due to big payouts from NVidia & 99.9% of BFVs audience wouldn't have even had an RTX compatible card(RTX cards are still well below 0.25% on the Steam survey and that's after them being out for like 5 months), it's pretty irrelevant.

I expect the reason it didn't meet expectations is partly because BF1 set them quite high with respect to sales, and that it was said to be fairly light on content around launch, with much of the games content coming later, when the game is likely to be cheaper, so I expect many people are just waiting for the first big content patches(I know myself and many other fans of past Battlefield games are in this boat). I thoroughly enjoyed 3, 4 & 1, 1 had a very different feel but it was quite nice being able to go one-man-army mode and had much more atmosphere.Quote

WYP
Quote:
Yeah, because RTX really stopped all those Xbox One and PS4 sales...

I think a lot of this comes down to Fortnite and Black Ops 4 eating away at its potential playerbase. Lots of people want Battle Royale and EA was not able to deliver. The lack of Tides of war at launch didn't help matters either.Quote

Warchild
Battle royal is the reason. Had that been there at launch then it would succeed. This is where DICE could have such a great advantage over everyone with their destructible realistic environment, artillery and atmosphere.

Lets face it, a battle royal with realism would be fantastic. And their engine already handles such high player counts.Quote
Reply