DirectX 12 vs Vulkan, which API will deliver the best performance?

Earlier this year, Basemark released their Basemark GPU benchmark unto the world, a multi-API benchmark that allowed us to test a variety of graphics workloads using the Vulkan, OpenGL and OpenGL ES graphical APIs, giving us an opportunity to test the performance impact of each API using a wide range of hardware.

At launch, the tool supported Windows, Android and Linux operating systems, promising to add iOS/MacOS support in the future through the integration of the Metal API. DirectX 12 support was also on the cards, as well as general improvements to the benchmarking tool.

Basemark has confirmed that Benchmark GPU version 1.1 releases tomorrow, bringing with it support for DirectX 12 alongside improvements to usability and reliability. Early versions of Basemark GPU also featured exploits that could be used to generate fraudulent scores, issues which are hopefully addressed with version 1.1.

This benchmark will give us a new opportunity to compare both DirectX 12 and Vulkan on Windows 10 based machines, allowing us to judge which API is the better option when running Basemark. Basemark GPU utilises the Rocksolid engine, which is designed to industrial applications. Those who wish to see the performance of graphics cards on version 1.0 of the benchmark can have a look at our initial performance analysis here. 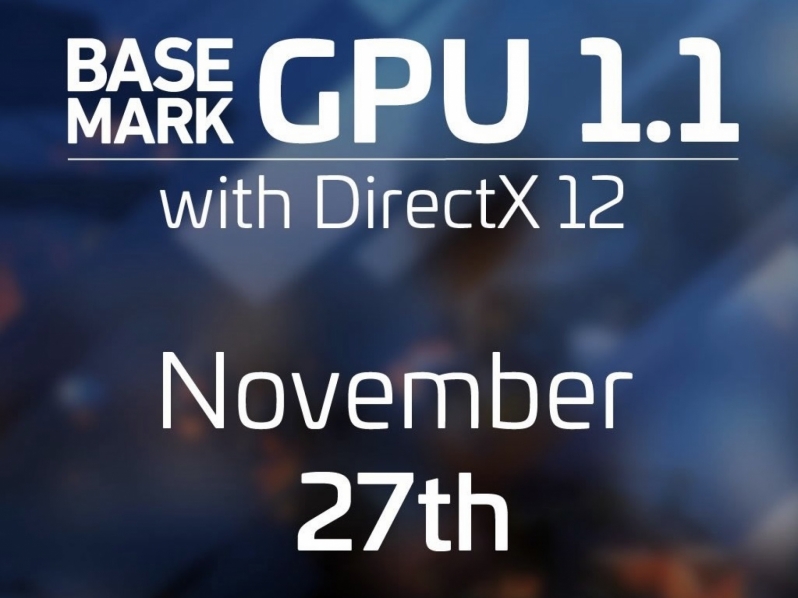 When version 1.1 of Basemark GPU releases, we plan to benchmark a variety of graphics hardware using the tool, which will show us whether or not the new version offers similar scores to its original incarnation as well as see how DirectX 12 impacts the benchmark's performance.

You can join the discussion on Basemark GPU 1.1 and the tool's DirectX 12 support on the OC3D Forums.