Officially sanctioned leaks or a genuine accident? Either way, ASUS has revealed its TUF Gaming Z490-PLUS WiFi motherboard, an LGA 1200 offering which will support Intel's upcoming 10th Generation Core desktop processors. This 'leak' was first uncovered by @momomo_us on Twitter.

Intel's 10th Generation Comet Lake processors are due to offer PC builders up to ten CPU cores and 20 threads in its highest configuration. This configuration will provide users with high levels of single-threaded performance and plenty of threads for highly demanding multi-threaded calculations. Regardless, the lack of PCIe 4.0 support and Intel's lower core counts than AMD's current AM4 motherboard offerings will place Intel at a disadvantage, at least in some regards. 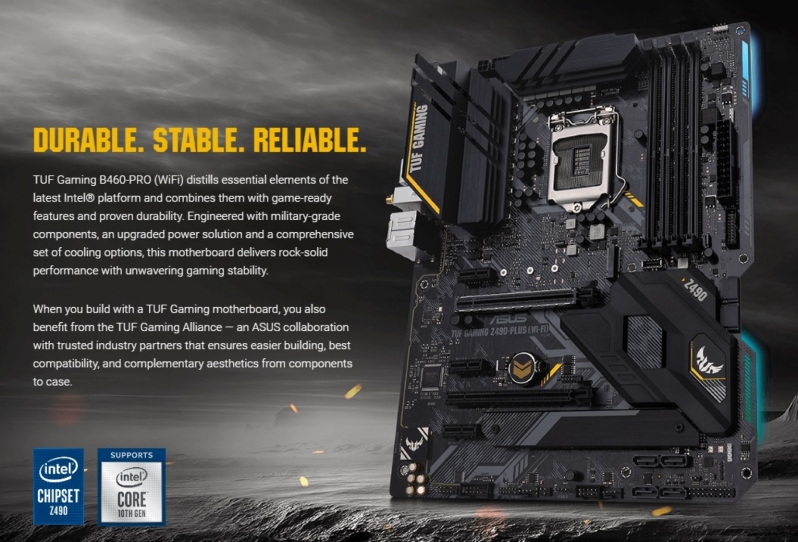 ASUS' TUF series is designed to offer customers with high performance levels while delivering optimal levels of value for money. This is why the Z490-PLUS TUF Gaming lacks the sheer number of USB ports and other connectivity options as its higher-end ROG Maximum counterparts. Even so, the configuration of ports offered by the TUF Gaming should be more than enough for most end-users. 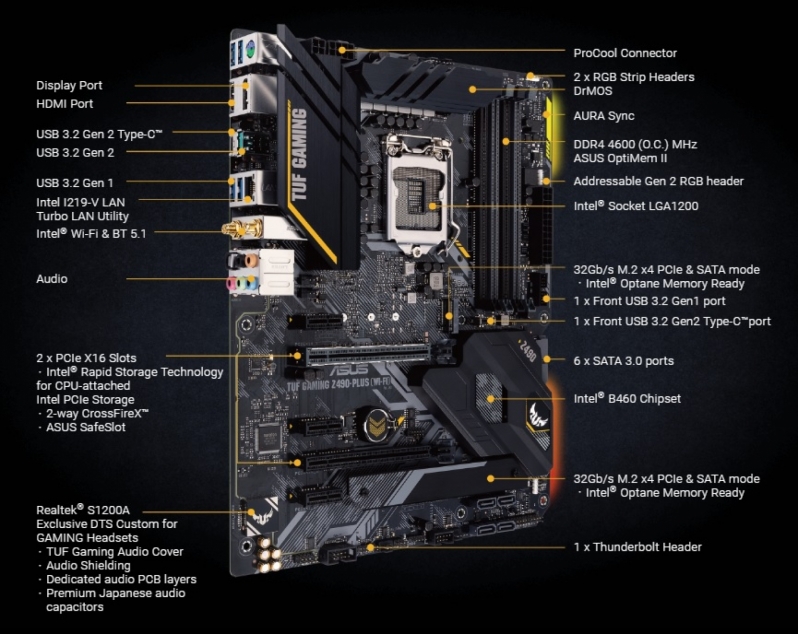 Rumour has it that Intel plans to launch its Z490 series of motherboards and Comet Lake series desktop processors later this month.

You can join the discussion on ASUS' Z490-PLUS TUF Gaming on the OC3D Forums.