Ubisoft has officially released their first major update for Assassin's Creed: Origins on PC, promising that the game would feature "improved stability and performance", something that we simply had to look into given how demanding the title is on PC.

Sadly our tests are not as in-depth as we would like, as uPlay has temporarily locked us out of the game, likely due to frequent hardware changes. This means that our "retest" will only consist of CPU testing with our 4GHz i7 6850K, though we have tested this CPU on several CPU core/thread configurations.

The good news is that this update has increased the game's framerate in our CPU-based tests, making the game much more stable in demanding areas, especially on systems with lower core/thread counts.
Full patch notes for Assassin's Creed Origins' update 1.03 can be found here. Our benchmark results can be seen on the next page. 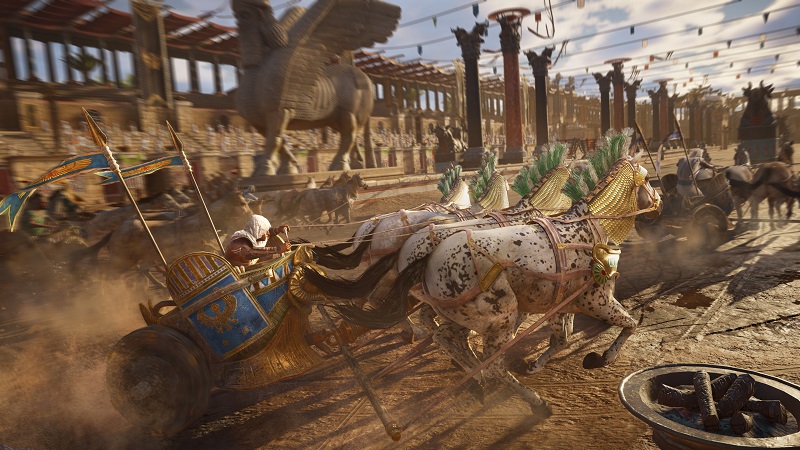 NeverBackDown
See people it wasn't the DRM after all. That's why you don't listen to a random DRM cracker on the internet about anything.

Massive performance increases in a week seems odd. They should have been in the game in the first place for such big increases to come so fast. Now they need to work with AMDQuote

RedSymphony
Nice. Just needs some optimisation for Radeon users and probably another Radeon driver release before I think about purchasing it though. Hopefully by the time I upgrade to Ryzen this Black Friday it'll all be good.
Kind of interested to know how much the DRM does actually impact performance still.Quote

NeverBackDown
DRM won't have any effect. This game just had the issues of a not finished optimization launch that isn't all to uncommon in gaming these days.Quote