Screenshots of Assassin's Creed Odyssey have leaked online, confirming suspicions that Ubisoft next entry into the series would be set in ancient Greece and support the theory that the player will take the role of a Spartan warrior.

Ubisoft released a teaser for the game which showcases two Greek soldiers fighting at the edge of a cliff, with one kicking the other off in a 300-style fashion. The logo of the game features the standard Assassin's Creed A-shape with what appears to be a Spartan helmet in the centre, with the name Odyssey being a reference to Homer's Odyssey, a heroic epic about the legendary king Odysseus.

Recent rumours have suggested that Assassin's Creed: Origins is the start of a new trilogy, one which will take players across Egypt, Greece and Rome, three of the major cultural powers of the ancient world. 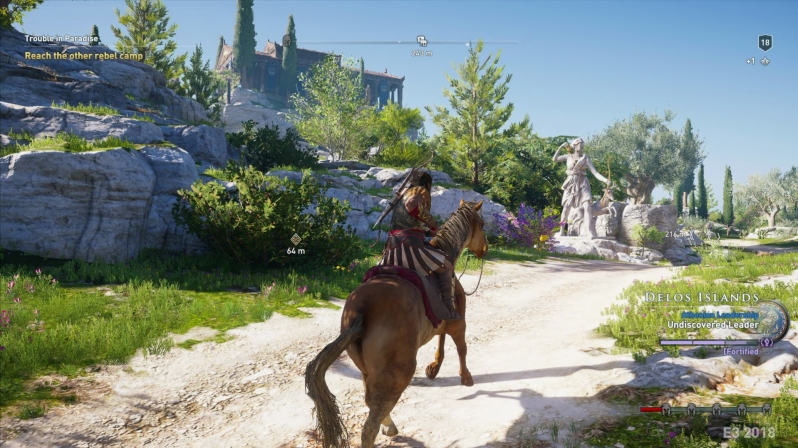 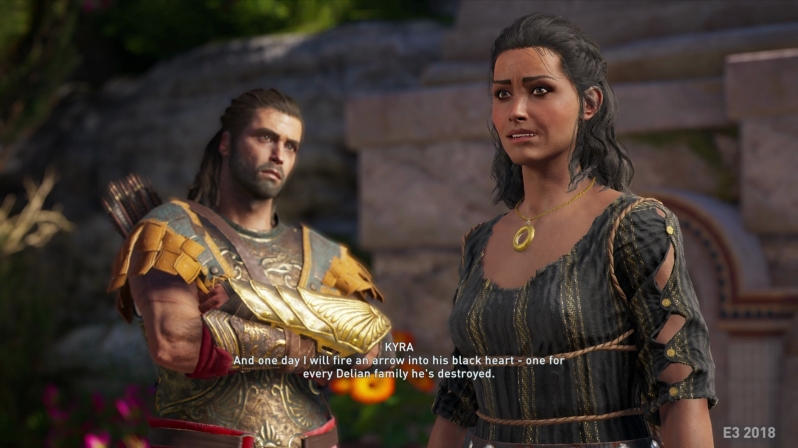 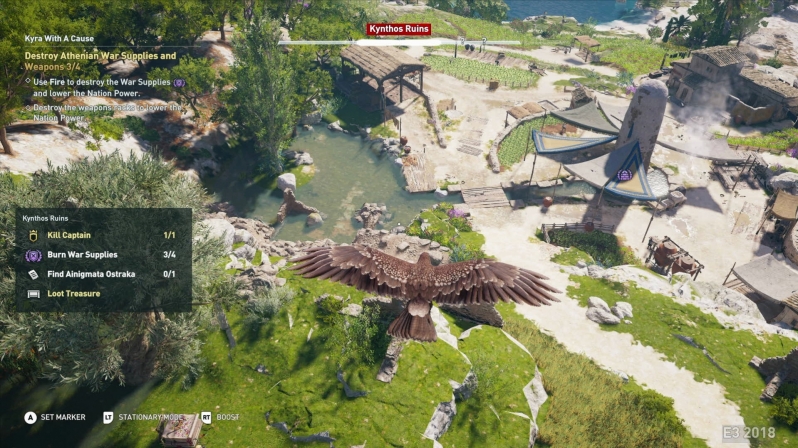 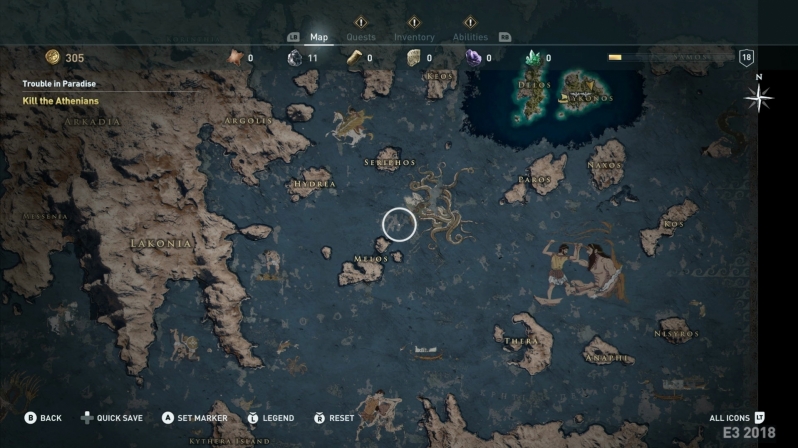 Ubisoft is expected to reveal more about Assassin's Creed Odyssey at their E3 press conference tomorrow, which will be at 9 AM BST, 1 PM PDT and 4 PM EDT.

Given these recent leaks, it is likely that Ubisoft will showcase gameplay for the title and explain several of the title's unique mechanics. It is also possible that some gameplay could be shown earlier at Microsoft's press event later today. 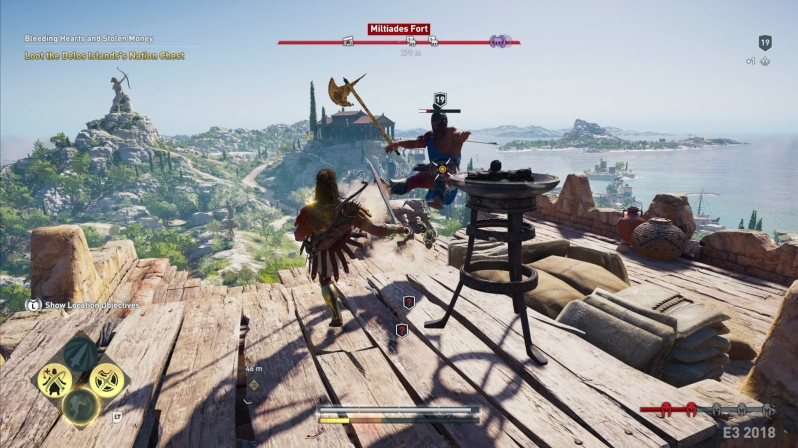 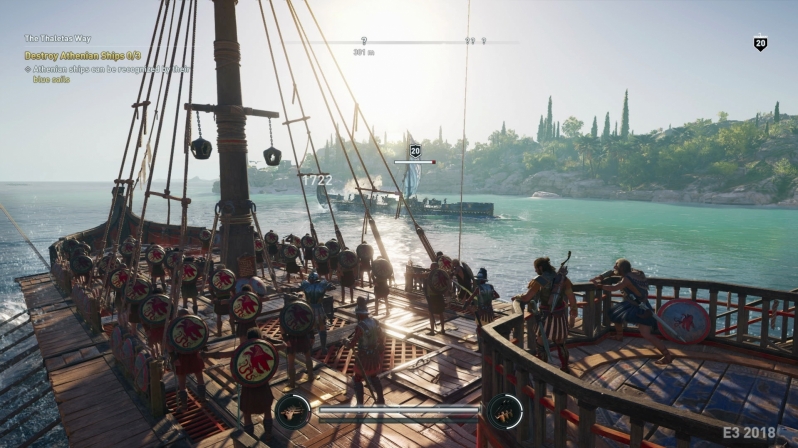 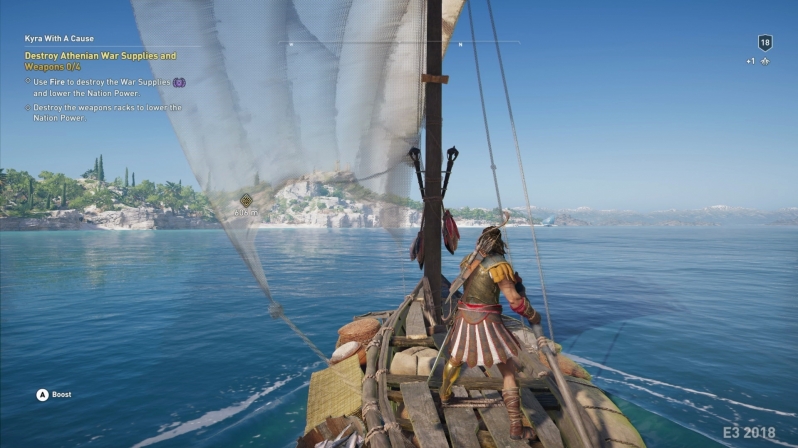 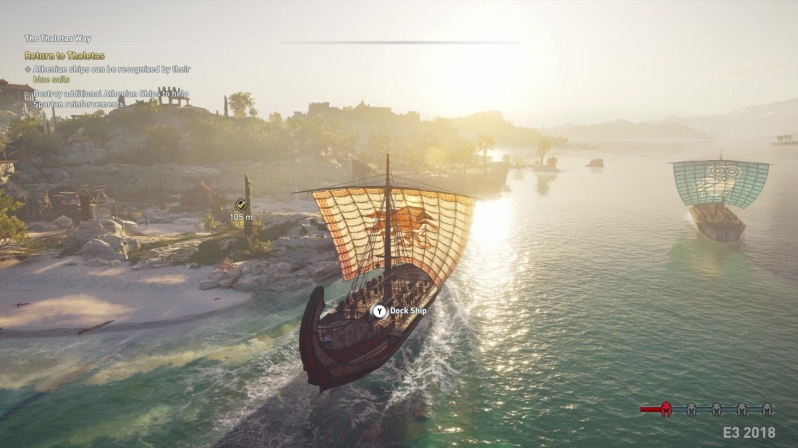 You can join the discussion on Ubisoft's leaked Assassin's Creed Odyssey screenshots on the OC3D Forums.

AngryGoldfish
So, are we back to an Assassin's Creed game every year or is this slated for next year? When did Origins come out? I can't keep up any more, honestly.Quote

WYP
Quote:
We will need to wait for Ubisoft to announce a release date.Quote

TheF34RChannel
Quote:
Hopefully yearly. Remember, they started development 1 year after the origins team so there's no problem. And those who want it every two years can always wait buying for a year after release. I don't see any problem with a yearly release.

Having said all that, they may release it next year but I doubt it.

I'm more 'worried' what the hell this game has to do with ac, seeing as it's hundreds of years before origins which featured the origins. I do like seeing it's almost a full RPG now as I suspected.Quote

ImprovizoR
The proto-Templar Order already existed in Origins, so perhaps this one will be about the origins of that Order? Anyways, it's better to have a game set in that time period in ancient Greece than 100 years after Origins. Ancient Greece during the Peloponnesian War was effin' lit. It's the Classical period. I always wanted an open world game in that setting.


Also, these probably didn't leak. I bet that Ubisoft deliberately released them to see the reactions on gaming boards. That way they'll know what to say during the presentation to hype people. At least it's what I would do. And if I can think of that, so can Ubisoft.Quote

AngryGoldfish
Quote:
Yeah, I get what you mean, and I agree, but I also think they're devaluing the series. From what it started out as—one of the coolest game ideas ever—it's become something of a joke. People still enjoy playing them, and that's great, and Origins looks to have been the best since Black Flag, but they're losing steam. They're essentially liquidating their own IP. That makes them the most amount of money, sure, but in the process it loses so much of the soul. I remember Ubisoft's comment on the Assassin's Creed film essentially mirrors what I'm talking about:

"We are not going to earn a lot of money from it. It is a lot more a marketing thing, it is also good for the image of the brand. Although we will make some money, it is not the purpose of this movie. The purpose is to bring Assassin's Creed to more people. We have our core fans, but what we would like is to put this franchise in front of a lot more people who, maybe, will then pick up future Assassin's Creed games."

I find that a little... seedy and disingenuous. Obviously they admitted to it, which might be considered a respectable move, and they have every right to do whatever they want with their money, but they essentially admitted they didn't care about the artistic aspect or the quality of the film; just that it attracts people to the video game series where they can earn the most amount of money.

Essentially they took one thing I care about immensely—film—and used it indifferently to publicise and market another thing I care about immensely—video games. They mired one art form to market another, which defeats the purpose of creating art in the first place. There's no artistic integrity at all. Do I want to play a game that cares so little about itself?Quote
Reply