A 33% boost in Integer performance over the Cortex-A77

ARM has announced its "most powerful Cortex CPU to date" with its Cortex-X1, a new design which is purpose-built for customizability and peak performance levels.

ARM's Cortex-X1 design is a move away from ARM's traditional focus on power draw and area efficiency, adding some much-needed flexibility to their Cortex lineup. The introduction of Cortex-X1 will allow ARM customers to build their custom core designs from a stronger baseline, and allow customers to create stronger products by using a mixture of ARM's new Cortex-X1 and Cortex-A78 cores. 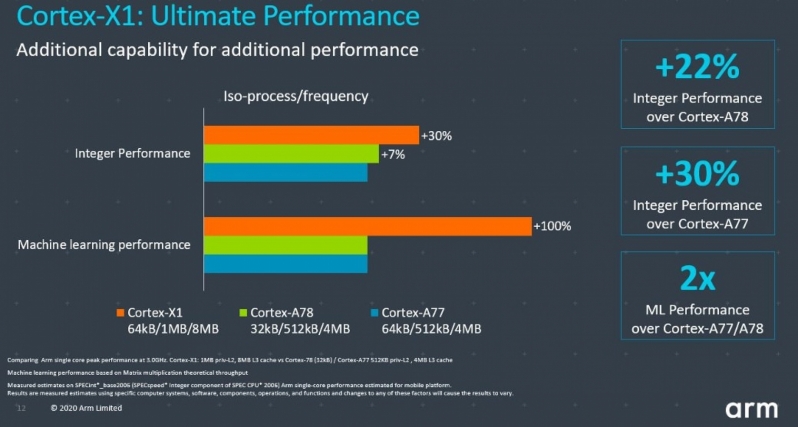 ARM wants its core designs to be used across a wider variety of applications, and that has forced ARM to invest in new core IP and designs which are less restricted when it comes to power and die area.

When compared to ARM's new Cortex-A78 core, the Cortex-X1 offers customers a performance-first design which focuses less on saving die space and limiting power consumption. This allows ARM to deliver increased performance by providing a wider core architecture that's less limited by the needs of the mobile market. 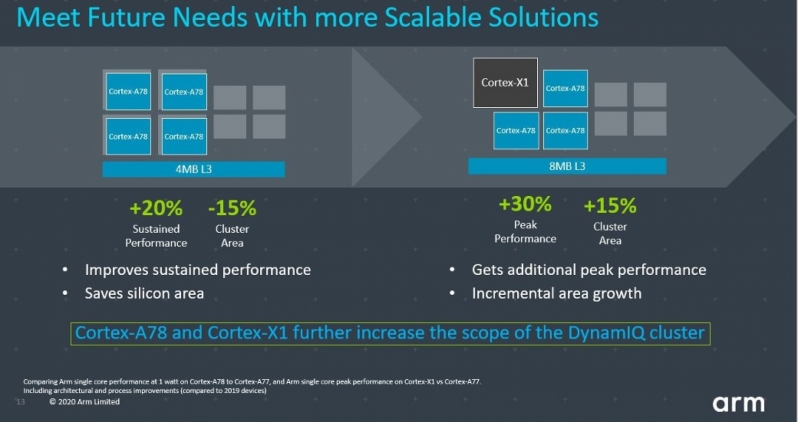 ARM's Cortex-X1 offers users 2x as much L1, L2 and L3 cache as their Cortex-A78 design, and widened their decode path by 25% to handle more instructions per cycle. On top of this, ARM's new design has also boosted its MOP cache throughput by 33%, delivering 8Mops per cycle. These upgrades have increased the Cortex-X1's die area requirements, but have yielded increased performance levels for customers. 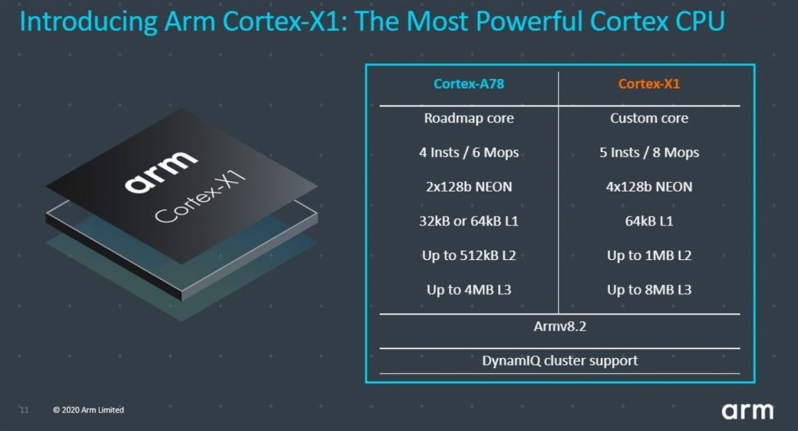 While it will take some time for ARM's Core-X1 architecture to arrive on consumer products, it will enable ARM to deliver processors which are better suited to high-performance products, challenging custom designs from the likes of Apple and bring ARM further into competition with Intel and AMD in the world of laptops and servers.

You can join the discussion on ARM's Cortex-X1 core design on the OC3D Forums.

NeverBackDown
Wonder if these will go into cars too.Quote
Reply