Valve says that Apple blocked the app because of

Earlier this month, Valve announced that their Steam Link app was coming to both Android and iOS devices, allowing Steam users to stream their PC games to both platforms when using ethernet or strong WiFi internet connections.

The app was set to release on iOS devices (Phones, Tablets, Apple TV) on May 21st, though so far only the Android version of the app has been released.

Valve has confirmed that Apple revoked their approval for the app on May 10th, the day after Valve's official Steam Link app announcement. Apple has reportedly cited "business conflicts" as their reason behind revoking their approval, blocking Valve's appeal to have the app re-examined. This revocationhas prevented Valve' Steam Link app from being released on iOS.

On Monday, May 7th, Apple approved the Steam Link app for release. On Weds, May 9th, Valve released news of the app. The following morning, Apple revoked its approval citing business conflicts with app guidelines that had allegedly not been realized by the original review team. Valve appealed, explaining the Steam Link app simply functions as a LAN-based remote desktop similar to numerous remote desktop applications already available on the App Store. Ultimately, that appeal was denied leaving the Steam Link app for iOS blocked from release. The team here spent many hours on this project and the approval process, so we're clearly disappointed. But we hope Apple will reconsider in the future. 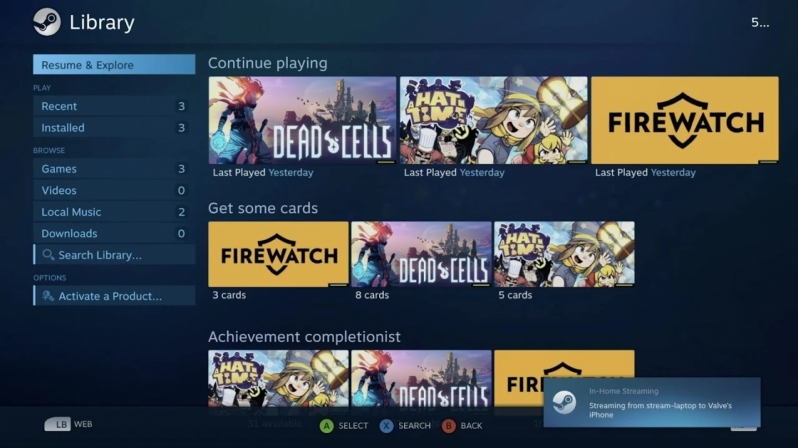 At this time it is unclear why Apple has objected to Valve's application, as other remote desktop applications are available on the iOS app store.

You can join the discussion on Apple's revoking their approval of Valve's Steam Link app for iOS on the OC3D Forums.

Warchild
Quote:
Doubt it. They probably wanted an unrealistic cut for every purchase made and/or realise it would cut into their own app store purchases where some steam games may already existQuote
Reply