Is your PC ready for Bioware's latest game?

Bioware's Anthem releases next month, allowing PC gamers to enter into a hostile new world, one that promises to give PC hardware a hefty workout. The game releases on February 22nd while EA Origin Access Premier subscribers will gain access to the game early on February 15th.

In early showcases Anthem has been shown to be one of the best looking games of this console generation, boasting a large open world that can be traversed quickly by players in the game's javelin exosuits.

EA has released Anthem's PC system requirements, confirming that the game will run using the DirectX 11 API. Even so, EA has listed Microsoft's Windows 10 OS as a requirement to run the game, a limitation that is typically exclusive to DirectX 12-only releases.

CPU-wise Bioware recommends an Intel i5-3570 or better processor, while AMD users will require an AMD FX-6350 or better. It is recommended that PC gamers use a CPU that is equivalent or greater than an  Intel i7-4790 or an AMD Ryzen 3 1300X. 16GB of DRAM is recommended for this title (8GB is required), as is 50GB of storage. 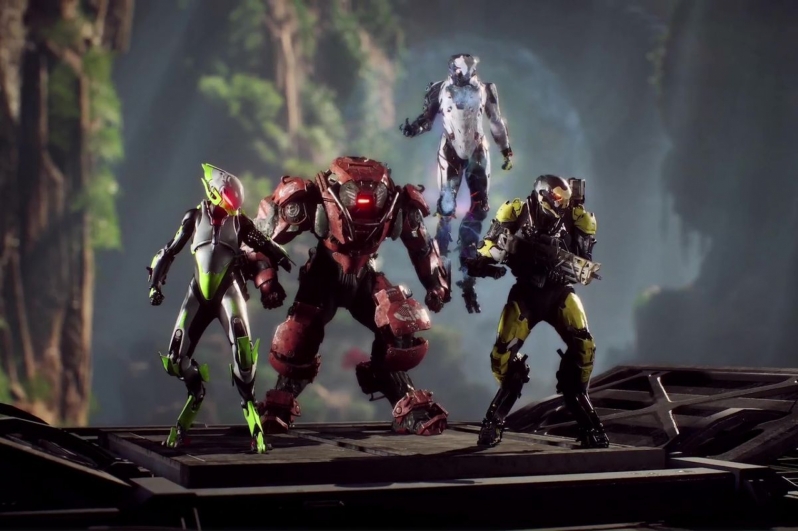 On the GPU-side, Nvidia GTX 760 and AMD's HD 7970 are listed as minimum requirements, with EA/Bioware recommending Nvidia's GTX 1060/RTX 2060 and AMD's RX 480 graphics cards. 2GB of VRAM is necessary to run the game, but 4GB is recommended. An internet connection is required to play Anthem.

You can join the discussion on Anthem's PC system requirements on the OC3D Forums.

Dicehunter
Was expecting a bit more to be honest, I've been looking forward to it for a while but I'll wait a month or 2 after release for reviews and patches etc...Quote

Warchild
Quote:
I watched that actual gameplay trailer also. Is it just me that suddenly lost the appeal?
What I read would be featured, and then what I saw, has left me feeling a bit... "meh, ill wait for the sale".Quote


One of these things is not like the other ones, I wonder if the 2060 managers performance parity with RTX on.
"Haha, fat chance!"Quote
Reply