Anthem's Patch 1.04 will add DLSS and FOV Options to PC

Anthem's Patch 1.04 will add DLSS and FOV Options to PC

Next week, Bioware plans to release patch 1.04 for Anthem, which is set to include sweeping changes to the game, particularly on PC. For starters, loading times when entering the Forge will be removed on all versions and become accessible anywhere in Fort Tarsis, making Javelin customisation both faster and easier than ever before.

On PC, Nvidia DLSS (Deep Learning Super Sampling) support will be coming to the game, a feature which is designed to increase the game's performance. DLSS is exclusive to Nvidia's RTX series of graphics cards, which means that only the RTX 2060, RTX 2070, RTX 2080 and RTX 2080 Ti will be able to use the feature.

FOV options are also coming to the PC version of Anthem, which will offer PC gamers five options which include Ground FOV, Zoomed FOV, Pilot FOV, Flight FOV and Swim FOV. These options will allow PC gamers to adjust the game to suit their preferences in all environments. At this time Bioware is also looking into adding SLI support to the game, which would be a welcome change given the game's ability to stress out ultra-high-end PC hardware when played at its highest settings. 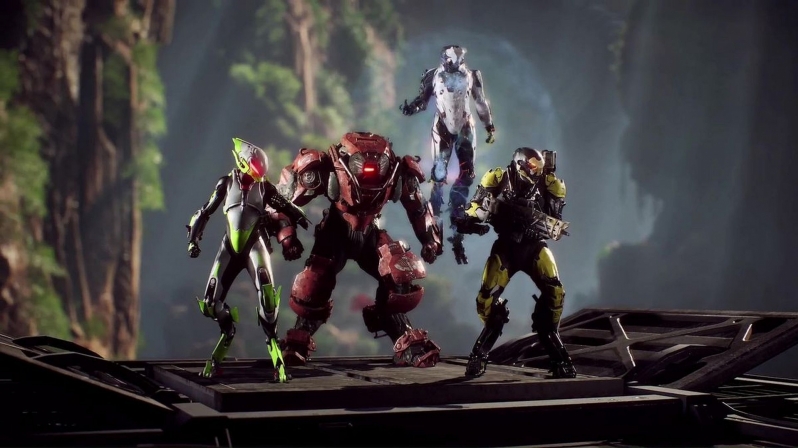 In Bioware's list of other changes, the company also reported that Javelin Thrusters would be improved by 20% and that Overheat times will be reduced by 20%, a move that will make environmental navigation easier for players. In patch 1.04 Legendary missions will be added to the game.

Patch 1.04 for Anthem will be released next week alongside full release notes.

You can join the discussion on Anthem's 1.04 patch adding DLSS and FOV options to PC on the OC3D Forums.

Warchild
As weird as I see it, I still end up going back to Anthem even though its riddled with bugs and issues.

I am finding that I keep logging off Division 2 and reverting to Anthem since Div2 launch. I hope they fix the power level exploit in 1.04.Quote

Darkdayzzz
Quote:
Strange that you mention that cuz my brother and I are the exact opposite :P

We can't stay away from division 2 with our friends but we all are in the mindset of "no anthem until they fix the issues we've seen with the game"....which is basically it's just not nearly as fun as Div2. Combat gets old quick and my storm or my brothers ranger are just 2 hit nukers so only when it's a boss style enemy does it feel challenging to us. Versus Div2 where combat is actually kinda different each time, especially with more people and changing your skills out.

I don't know to me Div2 beats Anthem for enjoyment everytime but of course I am always playing with atleast one person (my brother) if our friends aren't online...so my experience with video games has always been different than others due to that lol.

But hey! To each their own enjoyment and fun while doing video games. Play what you like playing

WillSK
Quote:
Yeah I'm in your camp. Not finding myself going back to Anthem at the moment because Legendaries just weren't dropping for me and the daily quests are boring af.

Warchild
Quote:
I am already getting bored with it at lvl 30... its feeling so repetitive. which again is a stupid comment to make because Anthem is exactly the same with even less content.

Perhaps its the environment. Division 2 doesnt have that Desolate and barren feel like the first one.

Division 1 felt like the city was stripped of hope, life, and everything positive. Division 2 feels like Washington grew into a jungle a mere 9 months after the first incident which in itself is silly and unrealistic. But only time I get immersed is when night falls and/or the skies open up with heavy rain. When that happens I love how you can sneak up to outcasts etc and gun them from almost pointblank without being spotted. Otherwise the environment is nothing special..and extremely stale.

Each to their own i guess. I still picked up season pass anyway, but ill bounce between the two of them, perhaps it will prevent it feeling stale.

I am playing Anthem on G3 mostly sometimes on G2. Currently have 4 legendaries and the rest are masterwork, excluding support epic. But the flaw in anthem, is that legendaries dont matter when its calculated with a flaw. Love that Bioware confirmed SLI will come meaning the graphics will just look so damn smooth even at 100fps. Already hitting 80 on 1 card but the storms cause it to tank to 40.Quote
Reply